Home Environment Why Is L.A.’s Air Quality So Bad in the Winter? 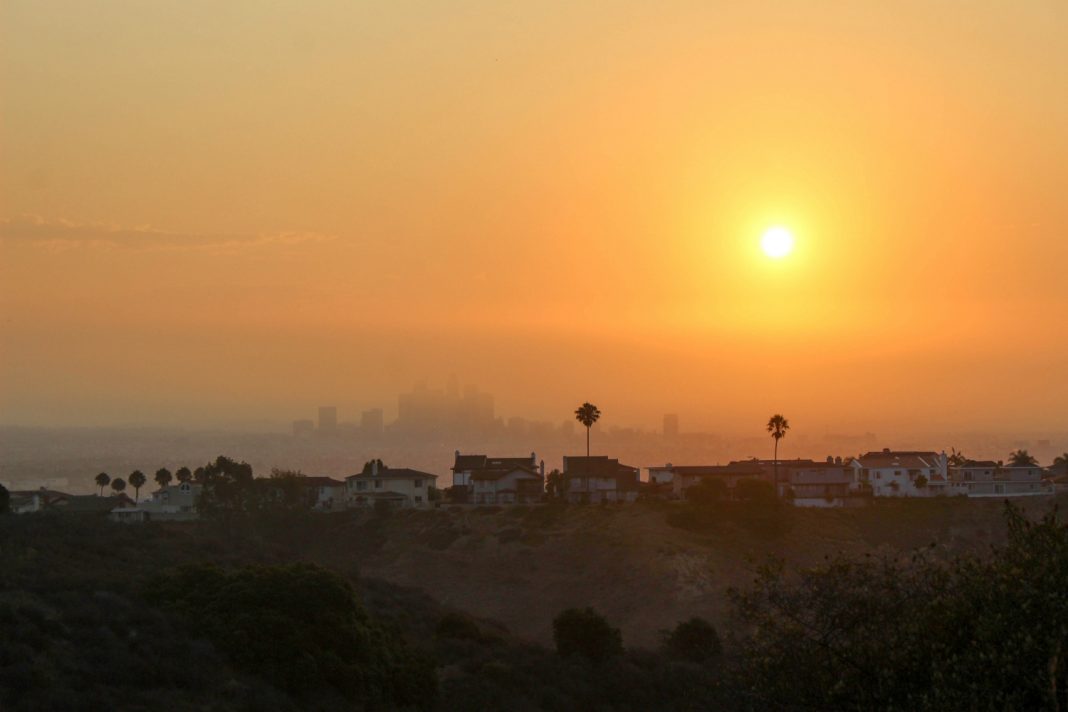 When a “mysterious haze” first enveloped downtown L.A. back in 1943, panicked residents thought the Japanese had bombed Santa Barbara. In fact, the thick stew of pollutants was something altogether new: a chemical reaction between car emissions and SoCal sunshine, which later came to be known as smog.

These days, catalytic converters are more sophisticated affairs and most folks don’t burn trash in backyards incinerators, but noxious air—like Lindsay Lohan, Crocs, and boot-cut jeans—is still out here trying to be a “thing.” Last year, Southern California saw its longest streak of hazardous smog in decades. And while one would hope for a winter reprieve from the suffocating stench that blanketed the Southland during the recent wildfire season, cold air is apparently conspiring against us.

“The atmosphere traps pollution more effectively during the winter than the summer,” says Suzanne Paulson, director of the Center for Clean Air at UCLA. The reason why is depressingly simple: “When the ground surface is cold, it cools the air right above it, so then you have a situation where there’s cold air under warm air, and the two don’t naturally mix.”

“It’s not like in the summer when warm air near the ground rises and takes pollution with it and dilutes it,” Paulson adds. “Instead, the polluted air is trapped.”

This process is known as temperature inversion, and it’s why you might wake up on a random day in January or February and find the city bathed in a deathly pall. By contrast, summer smog is a result of VOCs and NOx gases being cooked together to create ozone, which can cause a hacking cough among those with asthma and other lung conditions.

Wintertime particulate pollution is more likely to be a contributing factor in heart attacks and strokes, because of its ability to enter the bloodstream or cause inflammation, although scientists are still apparently confused about how the particles accomplish their bodily destruction.

“Studies do show seasonality in terms of smog’s health effects—we see more cardiovascular issues in the winter and lung issues in the summer,” says Paulson. “In general, if you had to choose, it would be better for a city to have an ozone problem rather than a particle problem. But it’s not like people are keeling over and dropping dead by the thousands. There are some small effects.”

When the air is thick with smog during the winter, all the usual rules apply for sensitive groups that wish to exert themselves for prolonged periods in the great outdoors. And if you aren’t officially part of a “sensitive” group, but you’re still frantically checking the Purple Air website for your neighborhood’s exact level of particulate matter, you should probably just go ahead and invest in a new N95s mask. I mean, why the hell not?

RELATED: There’s an App for Checking Air Quality (Which, Sadly, We Need Here)

As Many Stay Home, L.A.’s Air Quality Is Better Than It’s Been in Decades