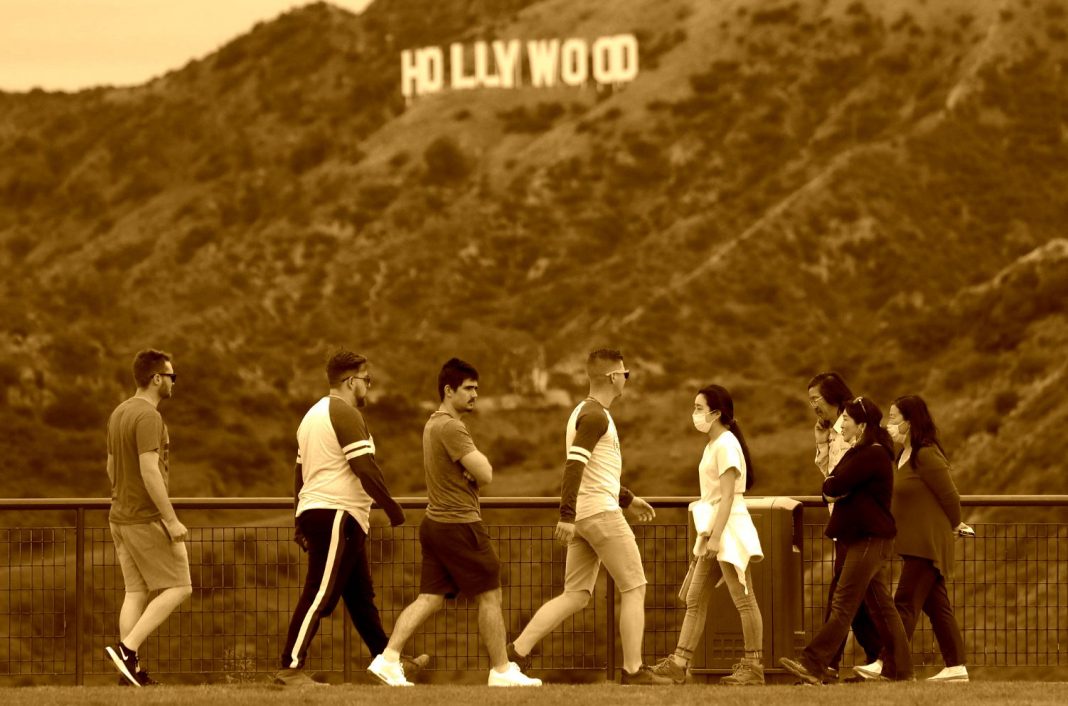 » As more people decide the pandemic is over and the economy continues to reopen, L.A. County’s COVID-19 transmission rate (i.e. the number of people an infected person goes on to infect) is climbing. (And, no, the recent protests are not to blame.) [Los Angeles Times]

» Bon Appetit editor Adam Rapoport has resigned after photos surfaced on him wearing “brown face” on Halloween in an undated photo that was shared on social media back in 2013. He wrote on social media that he is stepping down to “reflect on the work I need to do as a human being and to allow Bon Appetit to get to a better place.”  [Heavy.]

» Following yesterday’s massive demonstration in Hollywood, protesters kept up momentum with a series of processions that traveled from Long Beach, the Valley, and South L.A. and converged in downtown L.A. [NBC Los Angeles]

RELATED: One Person Killed, Another Hospitalized, in Shooting After Last Night’s Protests Downtown