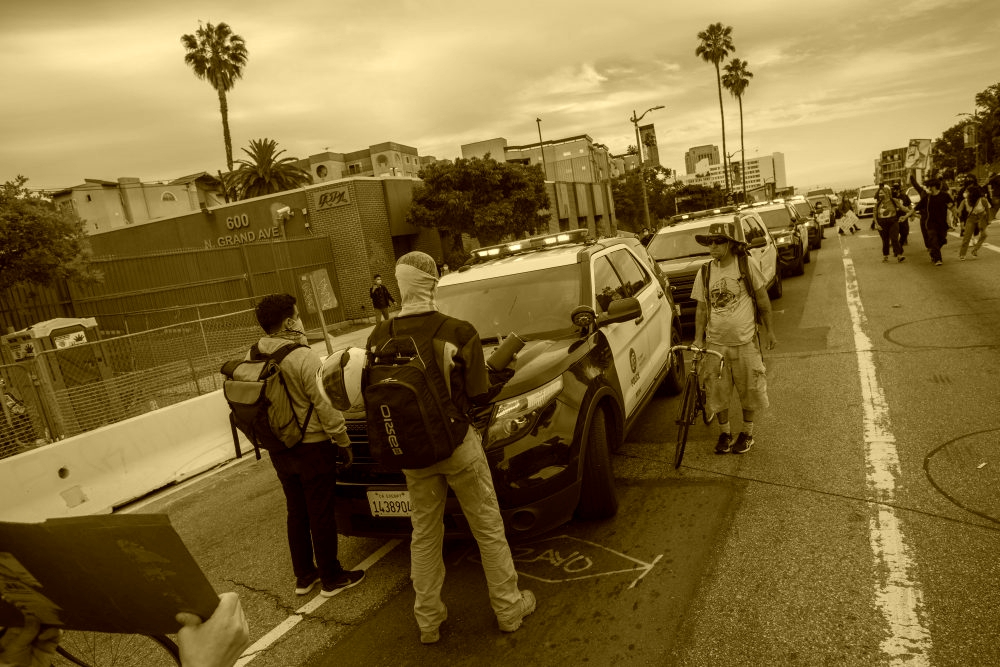 » Facebook has pulled Trump campaign ads that featured a symbol used by Nazis during WWII. The ads, which attempted to stoke fears about “antifa” and “far-left groups,” prominently included the red triangle icon used at concentration camps to indicate anti-government political prisoners and those who attempted to rescue Jews. [The Washington Post]

» A new agreement between the city and county could provide housing for 7,000 homeless people over the next 18 months. The program will focus on individuals currently living near freeways and those who are over 65 or otherwise especially vulnerable to COVID-19. [KTLA]

» The old neon sign that glowed outside the Silver Lake location of Circus of Books for three decades has been preserved. The sign will be restored and eventually go on display at the Museum of Neon Art in Glendale. [The Eastsider]