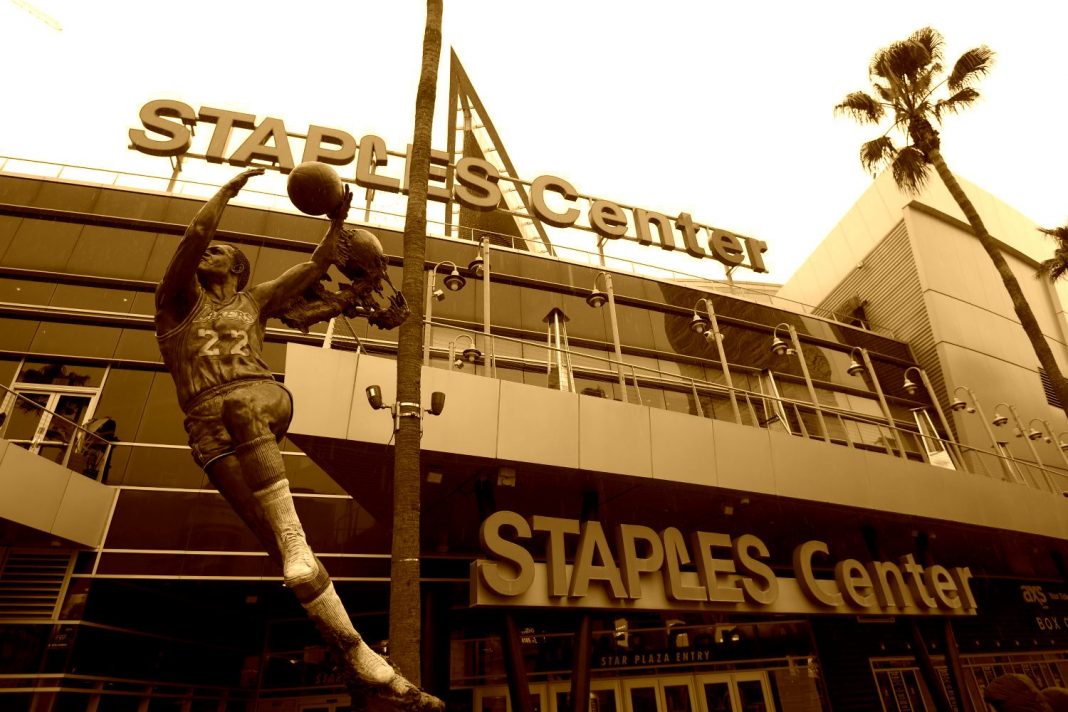 » The Lakers have hired Dr. Karida Brown to be the team’s Director Of Racial Equity and Action. In the position, the UCLA professor in African American Studies and Sociology will guide the team toward becoming an antiracist organization rather than a passively nonracist one. [Sports Illustrated]

» L.A. Sheriff’s deputies shot and killed an 18-year-old security guard at an auto body shop in Gardena Thursday night. Officers said they saw someone flash a gun and then run. The owner of the shop told CBS L.A. that the guard, Andres Guardado, “ran because he was scared, and they shot and killed him. He’s got a clean background and everything. There’s no reason.” [CBS Los Angeles]

» California law long barred website from revealing actors’ ages, but an appeals court ruled in favor of IMDB.com, saying that the law flies in the face of the First Amendment. The Screen Actors Guild has argued the law prevents actors from being subject to age discrimination. [Yahoo News]

» Netflix is known for dropping big bucks on its original films (especially if they think they’ll get an Oscar out of the deal), but Spike Lee reportedly had to fight for the funds to use 16mm film for flashback scenes in Da 5 Bloods. As people have been quick to point out, Netflix seems to be selective in its stinginess. The streamer spent $160 million on Martin Scorsese’s The Irishman, and its not-terribly-convincing antiaging CGI. [The Playlist]

» To avoid some sort of conservative rebellion, AMC movie theaters were not going to require customers to wear masks when cinemas reopen in July. Alas, the theater chain—the U.S.’s largest—found itself in a social media shitstorm instead. CEO Adam Aron reversed course, and said masks will now be required. [The Hollywood Reporter]

» As brands acknowledge Juneteenth, some have been more ham-fisted than others. Snapchat celebrated the occasion, which marks the end of slavery in 1865, with a filter that prompts users to smile in order to break virtual chains. They’ve since taken the filter down. [Los Angeles Times]