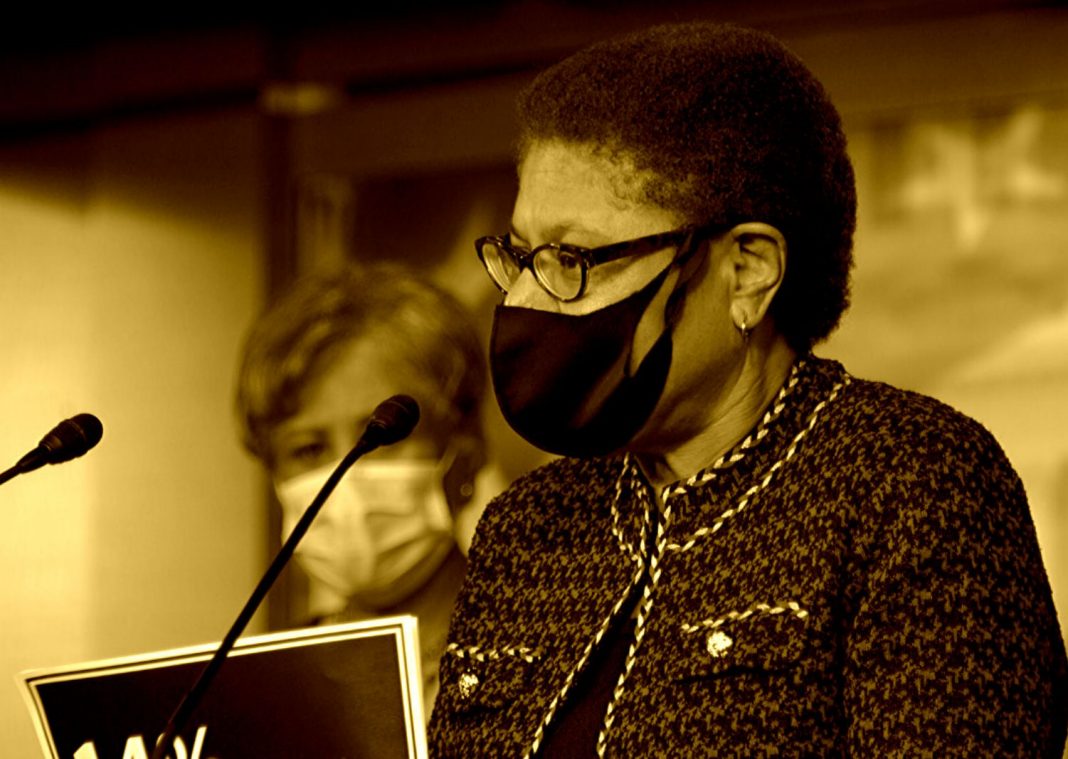 » Karen Bass has reportedly emerged as a leading contender to become Joe Biden’s VP pick. According to CNN, her congressional colleagues have been lobbying hard for the L.A. congresswoman. As one Biden fundraiser says, “Everybody likes Karen Bass…I think she is stronger than people think.” [CNN]

» Rupert Murdoch’s 47-year-old son James announced his resignation from the board of News Corp, his last tether to his father’s media conglomerate. James, who’s been known to support progressive politicians, said he was departing due “disagreements over certain editorial content published by the Company’s news outlets and certain other strategic decisions.” [The New York Times]

» Director Alan Parker, a two-time Oscar nominee, has passed away at 76. Besides the big-budget stage-to-screen adaptation of Evita, Parker was known for Midnight Express, Mississippi Burning, Fame, Bugsy Malone and The Commitments. [Deadline]

» As temperatures rise, brush are breaking out across the region, including one in the Sunland area and one near Chatsworth. Want help keeping an eye as fire season intensifies? Check out these live maps. [ABC 7]

» The LAPD has released body cam footage of a 24-year-old former Marine and music student being shot in the head with a “less lethal” rubber bullet at the late May protest on Beverly Boulevard in the Fairfax District. The protester, CJ Montano, says he was was hospitalized for four days and spent two in ICU with serious bleeding in his brain. The LAPD is calling the shooting “unintentional.” [Los Angeles Times]