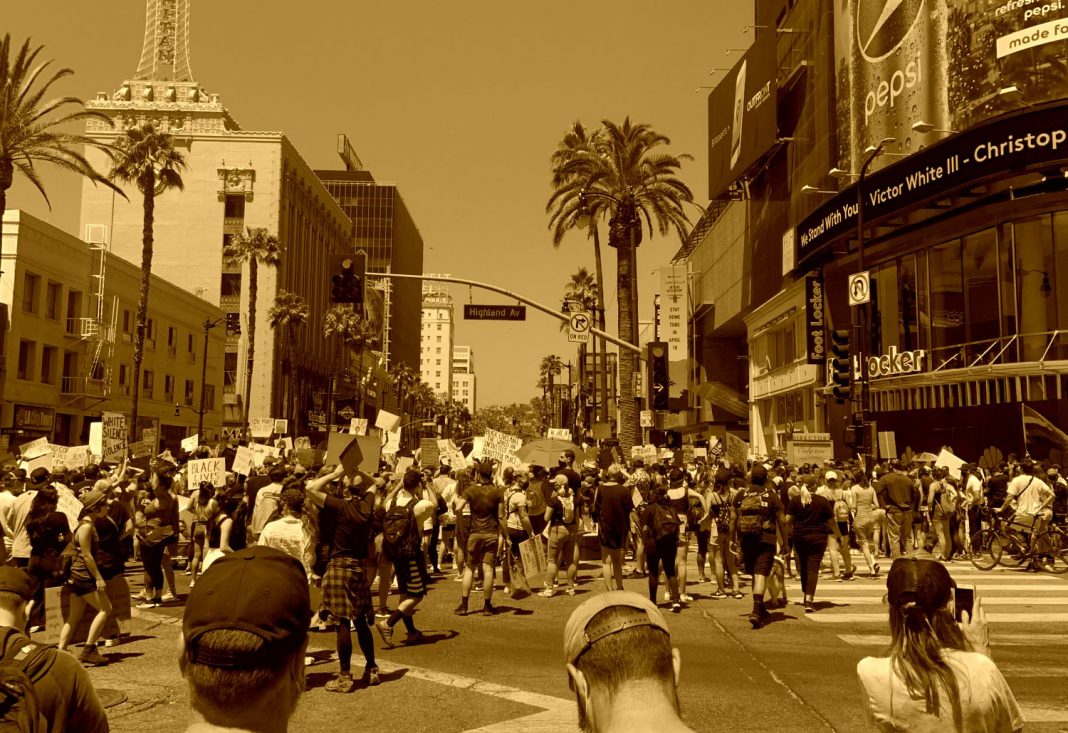 » Until local officials decide how to officially commemorate the weekend’s All Black Lives Matter March, which saw tens of thousands of people parade from Hollywood to West Hollywood, a block-long art installation that features the slogan painted onto Hollywood Boulevard will stick around. Councilman Mitch O’Farrell says repairs will be made as he works with the community and activists on a permanent installation. [Los Angeles Times]

» A bunch of bigwigs in the world of movie scoring are getting together for a streaming benefit to raise funds for the MusiCares COVID-19 Relief Fund. Called Soundtrack of Our Lives: A Celebration for the Film and TV Music Community, the June 25 benefit also brings together a dizzying array of other famous folks, including Patti LuPone, William Shatner, Elisabeth Moss, “Weird Al” Yankovic, and Marla Gibbs. [Rolling Stone]

» PG&E CEO Bill Johnson appeared before a judge on Tuesday to plead guilty on behalf of the company to 84 counts of manslaughter for the lives lost during the 2018 Camp fire, the most devastating fire in California history. According to the New York Times, the utility “had repeatedly failed to maintain a transmission line that broke from a nearly-100-year-old tower even though it cut through a forested and mountainous area known to experience strong winds.” [The New York Times]

» According to a new study, Americans are unhappier than they’ve been in 50 years. The COVID Response Tracking Study conducted by the University of Chicago found that only 14 percent of American adults report being “very happy.” Since the study launched in 1972, no fewer than 29 percent of Americans have ever called themselves very happy. [Associated Press]