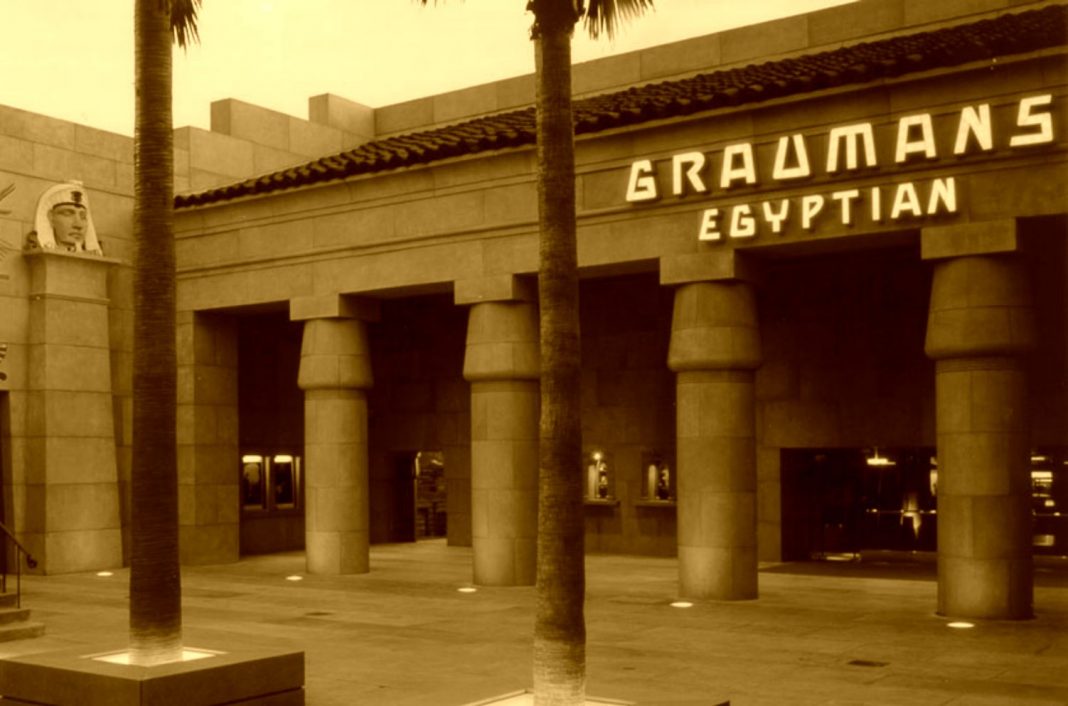 » It was announced a couple of weeks ago that Netflix had finalized its deal to purchase the Egyptian Theatre in Hollywood from American Cinematheque, but now more details come to light. The streaming platform spent $14.4 million on the theater, which needs $8 million in renovations and was facing the possibility of having to shutter. [Indiewire]

» Fox News bronzer-abuser Tucker Carlson has a bee in his MAGA bonnet about Sesame Street telling children that racism is bad. Speaking to an imaginary child named Bobby, Carlson said on his program: “Got that, Bobby? America is a very bad place and it’s your fault. So, no matter what happens, no matter what they do to you when you grow up, you’ve got no right to complain. That’s the message and it starts very young.” [AV Club]

» Oof. At a 2011 Halloween party that was also attended by an Eater L.A. writer, popular restaurateur Steph Bombet of Faith & Flower and Nic’s on Beverly (he’s also a partner at Ms. Chi in Culver City) wore blackface to be Lil Wayne. He provided the site with the following statement: “I am a fan of Lil Wayne, and have for many years. In 2011, Lil Wayne released his ninth album, Tha Carter IV, which I thought was amazing. At a Halloween party, two months after the album was released, I dressed up as my hero, Lil Wayne. This is my statement, and please run it in its entirety.” [Eater L.A.]

» Just so we’re clear, Megyn Kelly is NOT OK with HBO Max pulling Gone with the Wind from its platform. She asked, “Are we going to pull all of the movies in which women are treated as sex objects too? Guess how many films we’ll have left? Where does this end??” SOMEBODY ANSWER HER. [Deadline]

» Your free ride is over, drivers. As of Monday, June 8, West Hollywood is again issuing parking citations. [NBC Los Angeles]

» Several California counties are seeing spikes in COVID-19 cases. In L.A. County it’s likely because testing is more available, and in San Bernardino County it could be a result of Memorial Day Weekend festivities. [The Guardian]

» Thanks to On the Record, women in hip-hop are finally having their #MeToo moment. The documentary about Russell Simmons’s alleged transgressions is available on HBO Max. [Shondaland]