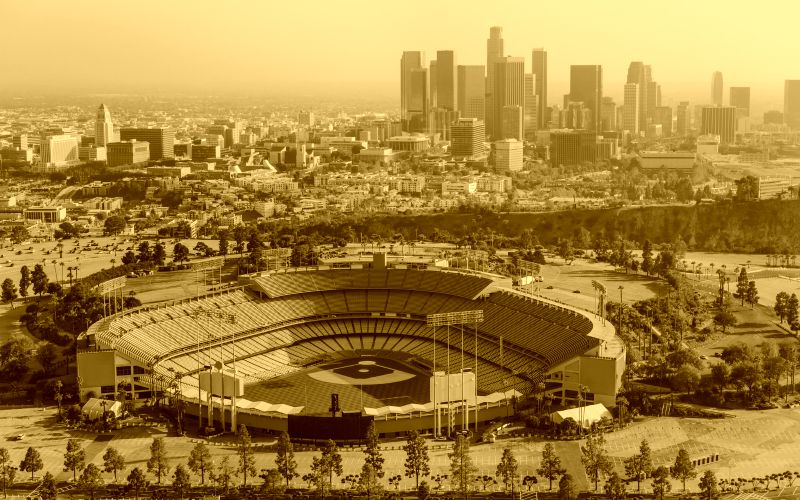 » It’s opening day for the Dodgers, and they’ll be taking on the San Francisco Giants before a stadium full of cutouts of fans who were willing to pay upward of $200 for cardboard likenesses of themselves to be placed in the stands. The first home game of the season won’t exactly be a sell out—according to NBC 4, 4,500 cutouts have been sold so far. [NBC 4]

» Police in Huntington Beach have solved Orange County’s oldest unsolved Jane Doe murder case, identifying both the victim and the suspected perpetrator of the 1968 crime. They determined that the raped and brutalized body found in a field in Huntington Beach 52 years ago was Anita Louise Piteau of Augusta, Maine, and identified the suspected killer as Johnny Chrisco. [KTLA]

» Troy Young, president of Hearst Magazines, has resigned in the wake of the release of a New York Times story about his alleged history of abusive behavior and “lewd, sexist” remarks. Hearst’s magazine portfolio includes Cosmopolitan, Elle, Esquire, and more. [Business Insider]

» The Union Swapmeet on Santa Monica Boulevard in East Hollywood has been demolished. The neighborhood melting pot is being replaced with a housing development. [Eastsider]