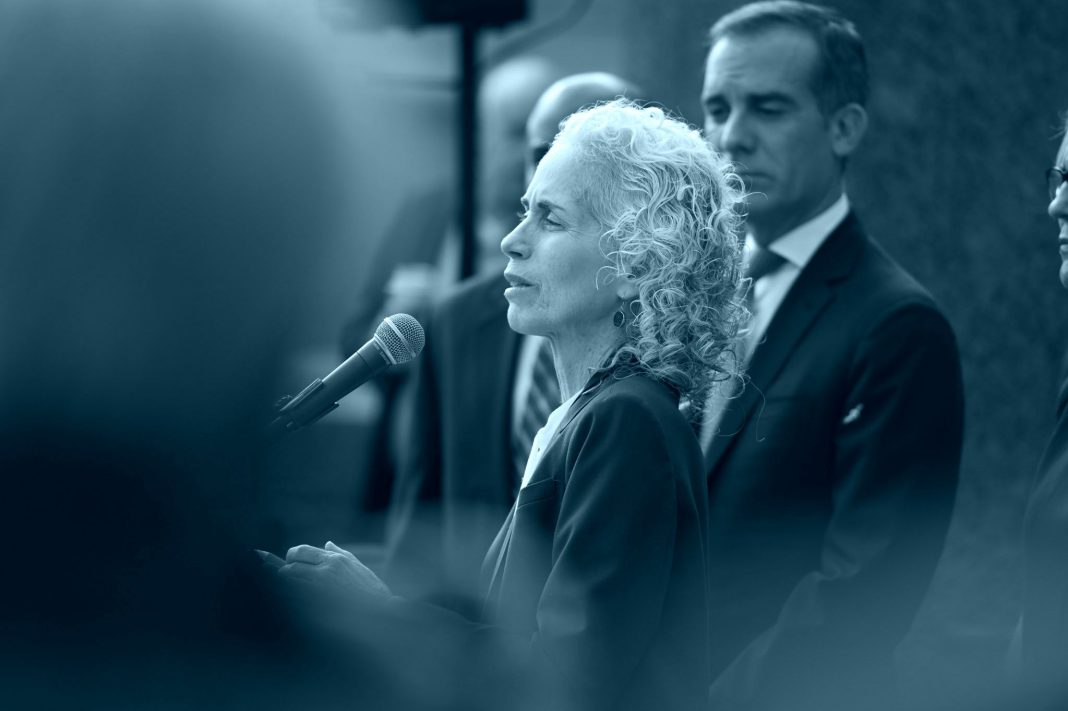 » As people tire of the pandemic and antiscience sentiment spreads, public health officials all over California have reported having their lives threatened, among them L.A. County Health Director Barbara Ferrer. At a press conference Monday announcing that she’ll now give a COVID-19 update just once a week, she said she’s been attacked via email, social media posts, and snail mail. [Los Angeles Times]

» Seven California public health officials, including Dr. Nichole Quick of Orange County, have quit since the beginning of the pandemic. [SFGate]

» LAUSD superintendent Austin Beutner, who announced last week that he was forming a task force to look into police procedures in L.A. schools, explained today what the purpose of the task force will be. Among other things, he said he’ll recommend that the task force shift funds from its police budget to making sure schools have counselors. [KTLA]

» Nevada is rejecting Trump’s rollback of emissions standards and adopting California’s emissions standards. “Now more than ever, it is critical for Nevada to continue accelerating efforts to address climate change including capturing the many benefits of sustainable transportation options for Nevadans,” Dem Governor Sisolak said in a statement. It joins a dozen other states that have pushed back against the Trump administration. [Los Angeles Times]

» The family of Ara Zobayan, the pilot who during the January helicopter crash that killed Kobe and Gianna Bryant and several others, want the wrongful death trial to be moved outside of Los Angeles to Orange County. The concern is that with Kobe’s popularity, it will be impossible to find an impartial jury. [Bleacher Report]

» Hollywood producer David Guillod, known for the 2017 Charlize Theron vehicle Atomic Blonde, has been charged 11 felony counts, including rape, for allegedly sexually assaulting multiple women over the past decade. [The New York Times]