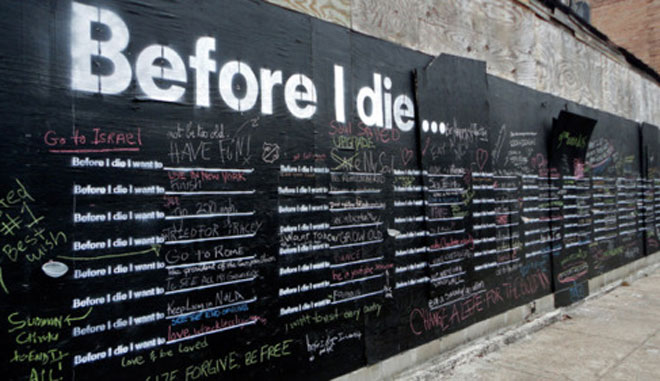 You Can Now Write Down Your Bucket List Plans On a Large Chalkboard in Westchester
A new interactive art piece is equal parts social media and macabre.
[LAT]

Amid News of Safety Violations, Disneyland Closes Space Mountain and The Matterhorn
The ride closures are said to be temporary.
[NBCLA]

Two of Three Suspects In Custody After Montana Ave. Jewelry Heist
They apparently made quite a mess with a sledgehammer at Tala Jewelry before being apprehended.
[SMDP]

The Lakers Beat the Spurs—Without Kobe Bryant
With a dramatic rally, no less.
[ESPNLA]

Breaking: Explosions Reported At Finish Line of Boston Marathon
Ambulances are at the scene.
[NYT]