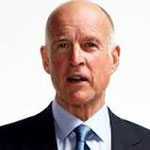 Things Looking Somewhat Up for the Lakers
They beat the Milwaukee Bucks by 16 points.
[ESPNLA]

An Armed Adult Male Barricaded Himself in His East L.A. Home Following An Argument With His Mother
SWAT deputies entered the home but did not discover the suspect.
[LAist]

A Sequel to Twins Starring Arnold Schwarzenegger, Danny DeVito, and Eddie Murphy is In The Works
Why leave well enough alone?
[THR]