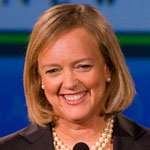 Future Former Pope Benedict To Be Called “Emeritus Pope”
He’ll also wear his white papal cassock and be addressed as “Your Holiness.”
[DN]

Man Dead, Woman Injured in Hawthorne House Fire
The blaze broke out in the 13400 block of Cerise Ave. this morning.
[NBCLA]

Seth MacFarlane Does Not Want To Host The Oscars Ever Again
It’s for the best.
[Reuters]

Variety Has Not One But Three Editors In Chief Now
Claudia Eller, Cynthia Littleton, and Andrew Wallenstein get the job.
[Variety]

NBA Rescinds Kobe Bryant’s 14th Technical After All
He called it.
[ESPNLA]