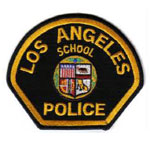 San Juan Capistrano Mayor Recovering After Attack
John Taylor was punched and knocked to the ground while on a walk with his wife.
[CBSLA]

Elderly San Fernando Friends to Star in “Golden Sisters” Special
Three real-life friends with a penchant for gabbing about sex are enjoying 15 minutes of fame late in life.
[LADN]

Almost Everyone Saw The Hobbit This Weekend
The film raked in $223 million world-wide.
[Variety]

Andrew Bynum Blames Kobe For Stunting His Talent, Kobe Agrees
“When you’re playing with me, you obviously have to sacrifice.”
[ESPNLA]