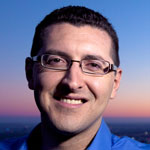 Emanuel Pleitez Invited To KPCC Mayoral Debate After All
Count him in.
[LAO]

Elite Unit of LAPD Trained to Recognize When Someone is High
Like a straight-laced sibling, but with the power to arrest you.
[CBSLA]

Report: L.A. is the 2nd Most Traffic-Jammed City in U.S.
So remember, it could be worse.
[KABC]