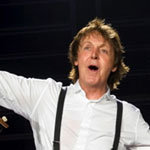 Jerry Brown Being Treated for Prostate Cancer
His cancer is reportedly in an early stage.
[NBCLA]

SoCal Homes Sales Up Again
November sales were up more than 14% year over year.
[LABO]

Kobe Bryant Opens Up About Laker Woes
“You can make a lot of excuses.”
[ESPNLA]