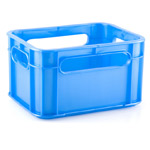 Fire Hydrant Geyser Causes Traffic to Backup On the 101
How the hydrant was damaged is a mystery.
[NBCLA]

Coach Jim Mora: Confidence is Not a Problem for the Bruins
They’re looking forward to seeing you this weekend, Stanford.
[ESPNLA]