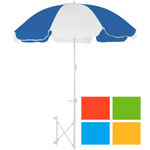 L.A. Residents Are Buying About 200 Guns Per Day
The results of a one-month survey are in.
[DN]

194 LAUSD Jobs Saved
School counselors, psychologists and social workers will be paid from a general district fund instead of individual school funds.
[KABC]

A Sales Tax Increase Could Fund Raises For L.A. City Employees
Most of Measure A would cover salary costs if it passes.
[LAT]

Passenger Riding In Car’s Trunk in North Hollywood Leads To Kidnapping Investigation
A trunk is not a legal place for passengers to sit.
[NBCLA]

Lady Gaga Has Canceled A Concert Tour
She’ll have hip surgery instead.
[KTLA]

More People Watched David Letterman Than Jimmy Kimmel For Once
The ratings competition gets interesting.
[Variety]

Brad Pitt and Angelina Jolie Are Releasing Their Own Wine
So we can all find out what the most beautiful wine on the planet tastes like.
[People]