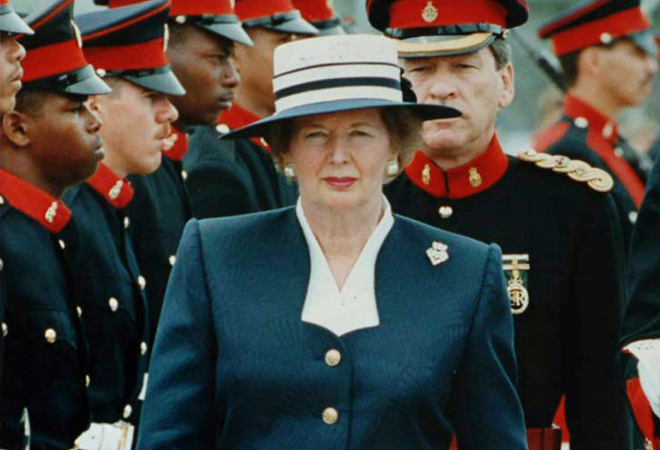 Margaret Thatcher is Dead at 87
The “Iron Lady,” whom many regard as “Britain’s most important peacetime leader of the 20th century” suffered a stroke.
[LAT]

The Clippers Clinched Their First Division Title
The team seemed moderately excited after they beat the Lakers Sunday.
[ESPNLA]

Experts: The Sea Lions Are Dying of Starvation
The new theory is hunger is behind the local animal’s “Unusual Mortality Event.”
[NBCLA]

Goldencents Won the Santa Anita Derby
No, that’s not a band playing at Coachella.
[Laist]

Maxine Waters Has Endorsed Wendy Greuel
Waters, one of the city’s most influential African American leaders, is a biggie.
[LAT]

Film Critic Roger Ebert Was Laid To Rest Today
Services open to friends and fans were held in Chicago.
[NBCLA]

15.4 Million Viewers Watched the Academy of Country Music Awards Last Night
And we didn’t even think to include it in our DVR Dilemma Debate.
[Variety]

The Santa Monica Main Library’s Bookmark Café and the James Irvine Japanese Garden Named on List of the 10 Top Peaceful Places in the Country
You could say all that shushing paid off.
[SMDP]