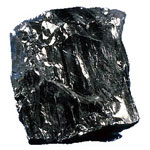 New Goal: L.A. To Eliminate Dependence on Coal By 2025
Mayor Villaraigosa once predicted a coal-free city by 2020, but still!
[NBCLA]

LAUSD Voted In Favor of Term Limits For Board President
The takeaway: Monica Garcia can’t be reelected this July.
[DN]

Bill Rosendahl and Robert Downey Jr. Got Together To Talk About Venice’s Homeless Problem
The councilman and the actor were joined by Mike Bonin, Flat Stanley, and Swami X.
[LAist]

Five of Six Bell Officials Found Guilty of Stealing Public Funds
The verdicts were mixed for all defendants except Luis Artiga, who was acquitted of all charges.
[LAT]

MOCA Flattered But Not Interested In Hooking Up With LACMA
“The best future for MOCA would be as an independent institution.”
[LAT]

Amy Corps of Engineers Promise To Stop Taking Plants From The Sepulveda Basin
No more vegetation will be destroyed until a plan has been discussed with the public and other departments.
[DN]