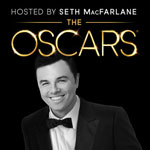 AMPAS Would Like You To Refer To This Weekend’s Big Award Show As ‘The Oscars’
A rebranding campaign is underway.
[The Wrap]

Then-Assistant Sherrif Speaks Out Over Natalie Wood’s Drowning
He disputes the idea that Robert Wagner was shown preferential treatment by law enforcement.
[NBCLA]

Police Chase of Stolen Vehicle Ends Without Injuries
It was an old fashioned, not deadly car chase.
[KABC]

Curiosity Rover Successfully Collects Mars Rock Samples
And lives to tweet about it: “I’ve got the scoop on Mars.”
[DN]

Dwight Howard Does Not Need to Worry About His Job
General manager Mitch Kupchak: “ Dwight is our future.”
[ESPNLA]

First Palestinian To Be Nominated For an Oscar Detained Briefly at LAX
Emad Burnat’s trip is already one to remember.
[CNN]

Michelle Obama Has a New Official Portrait
This time with bangs!
[NYmag]