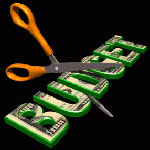 Budget Cuts Planned for City of L.A.
Measure A can’t do the trick because it did not pass.
[LAT]

One Person Killed in Lion Attack at Fresno County Animal Sanctuary
The lion has likely already been put down.
[NBCLA]

Boy’s Brothers Fend Off Would Be Kidnapper
The Whittier siblings are safe and sound. The suspect is at large.
[CBSLA]

Bob Iger’s Successor at Disney Will Be ‘Chairman and CEO’
The Mouse shareholders have spoken.
[Variety]

Nurse Who Denied CPR To Elderly Glenwood Gardens Resident Is Taking Some Time Off
The decision was voluntary.
[LAist]

You Can Once Again Carry Some Knives Onto Airplanes
The TSA has updated its policy.
[HuffPoLA]