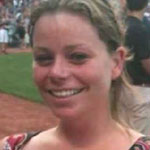 The Second Victim of the Boston Marathon Bombing Has Been Identified
Krystle M. Campbell was 29.
[LAT]

Investigators Discovered a Circuit Board That May Have Detonated The Blasts
The bombs appear to have consisted of pressure cookers packed with nails, metal, and ball bearings.
[BostonGlobe]

Local Runners Share Firsthand Accounts of Boston Marathon Bombing
Many are home now in L.A. or on returning flights.
[KABC]

Lyrid Meteor Shower To Hit This Weekend
Experts expect we’ll see about 20 meteors per hour at the shower’s peak.
[NBCLA]

Nonprofit “Friends of Griffith Park” Wants to Know: Who Turned Off the Water in Fern Dell?
The glen in the park has been deteriorating for decades.
[LAT]

After a Three-Hour Standoff, An Armed Popcornopolic Employee Released Her Hostage
The suspect walked out of the company’s El Segundo headquarters without incident.
[DN]

American Airlines’ Computer System Went Down Today
Many flights out of LAX were cancelled and/or delayed.
[CBSLA]

E.J. Johnson Responds To Reports About His Sexuality via YouTube Show
“I always wanted to come into the spotlight.”
[ESPNLA]