Home Uncategorized Afternoon Cram: All Along The Watched Towers 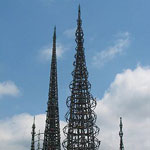 Stockton is Now the Largest California City to File For Bankruptcy
It’s not too big too fail.
[NBCLA]

An Armed Parolee Threw a Fontana Police Dog Out a Second Story Window Yesterday
“Jaris” survived, and is at the doctor for a check up today.
[NBCLA]

An Arrest Has Been Made in Northridge Kidnapping
29-year-old Daniel Martinez is in custody, but 30-year-old Tobias Dustin Summers remains a suspect at large.
[KABC]

North Hills Man Charged With Flashing
Luis Cubio-Cedeno has allegedly exposed himself to at least 11 people since 2011.
[DN]

The Parent Companies of The Hollywood Reporter and TVLine.com Have Settled Their Copyright Suit
18 months, $162,000 (in settlement costs), and one apology later, “both companies are pleased that this matter has now been resolved.”
[Variety]