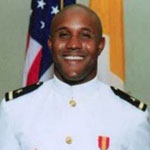 The $1M Manhunt Reward for Christopher Dorner Is Sorta Maybe Not Going To Be Handed Out
Some funders are haggling over the fine print—and the claimants of the prize.
[LAT]

Before He Goes, Mayor Villaraigosa Would Very Much Like the LA. Zoo and Convention Center to Be Privatized
City unions oppose both proposals.
[DN]

Coach D’Antoni Blames All The Lakers Equally For Losing to the Wizards
There’s no “Dwight Howard” in team.
[ESPNLA]

ICYMI: A Cadillac Ended Up On a Glendale Roof Over the Weekend
Amazingly, no one was hurt in the bizarre crash.
[LAist]

Academy Announces Dates for 2014, 2015 Oscars
If only show hosts had two years to prepare.
[THR]