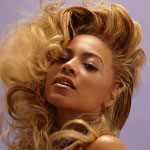 Police Raided a Koreatown Brothel Today
Twenty-five people and two handguns were removed from a home during the undercover operation.
[NBCLA]

Arrest Made in String of “Claw Hammer” Robberies
One of three suspects was apprehended after allegedly moving on from robbing stores to stealing a dog.
[KABC]

Parents Celebrated Infants Who Beat the Odds at Tarzana Hospital with “Preemies Day”
Elmo was there, too.
[DN]

NBC Renews “The Ellen DeGeneres Show”
The show host will be dancing on daytime through 2017.
[Variety]

The Lakers Somehow Beat The Bulls
And now they lead Utah by a half-game for the last playoff spot.
[ESPNLA]