Home Health How L.A. Got Hooked on Adderall 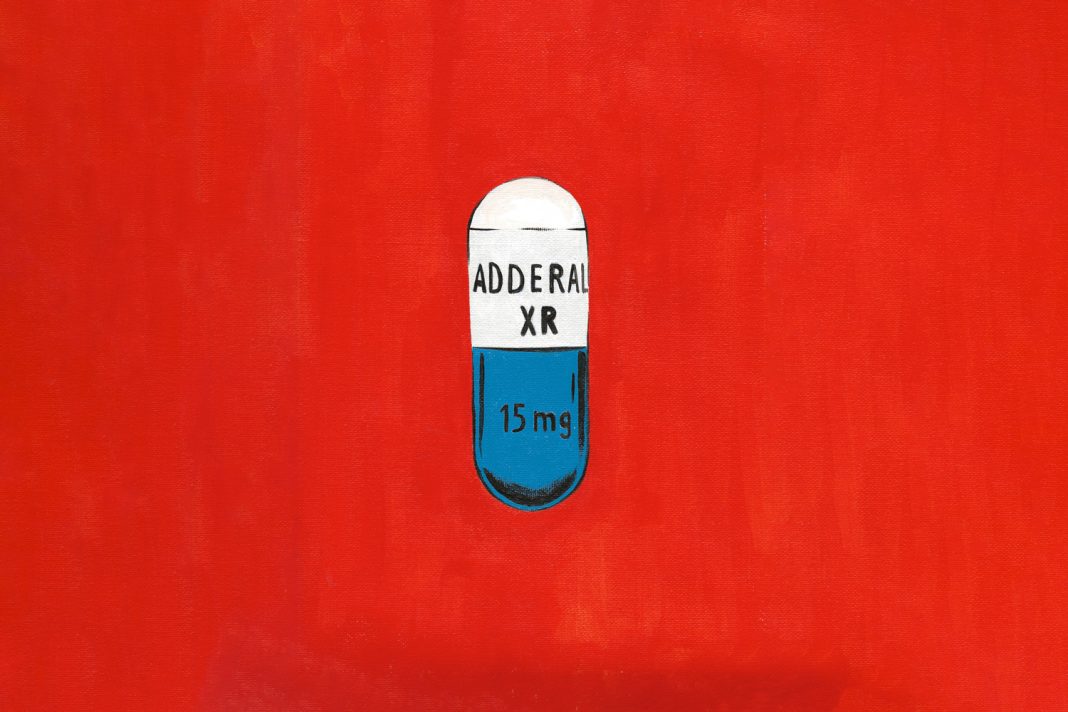 Though the entertainment industry has seen challenges—set shutdowns because of COVID, the Writers Guild leaving agencies over packaging, audiences disappearing from theaters—none are as devastating as what it’s facing now: a shortage of Adderall. Scripts will be coming in so late that there could be several years between The Fast and the Furious movies.

“All of my patients who go to CVS have trouble getting their Adderall,” says Stephanie Zisook, a psychiatrist in Westwood who treats adults with mood and anxiety disorders. “It’s so weird. I’m not seeing that people are having a hard time getting benzos at CVS.”

While we’ve focused on the opioid epidemic, so many people have gotten hooked on Adderall that it’s now nearly all gone. Since September 2019, the FDA has reported that the drugs in Adderall—amphetamine salts—are “currently in shortage” due to “demand increase in the drug.” Before the pandemic, America was already gobbling up 83.1 percent of the global supply. But in December 2020, prescriptions for Adderall skyrocketed. After hovering at around 3 million a month, they climbed to nearly 3.5 million and have stayed there, according to IQVIA, the biggest healthcare data company in the U.S.

As it turns out, a huge chunk of those prescriptions are being filled for middle and high school students. “There are parents coming in wanting their kids to get it, especially in West L.A., because they know the other kids are taking it and they don’t want them having an advantage,” says Zisook. “Parents are crazy.”

None of that is new. Parents have always been crazy. And kids have been using speed to get better grades for decades. There are New York Times and Time magazine articles from 1937 about college kids using amphetamines to improve their grades. A 1983 episode of Family Ties had Michael J. Fox’s character hopped up for a test. A 1990 episode of Saved by the Bell had Elizabeth Berkley’s character doing the same.

But the pandemic made crazy L.A. parents even crazier. “Parents were not used to being with their kids all the time,” says Leslie Lotano-Saba, vice president of pharmacy solutions at the global management consulting firm AArete. “Kids were staying home without a routine. It was easier to call a pediatrician and say, ‘Joey can’t focus on the computer with remote learning. Can you help?’ ”

Adderall is prescribed for ADHD, which was once diagnosed only in the prepubescent. Now adults are discovering they have ADHD. Or occasional ADHD. Or work-at-home ADHD. “If you were normally going to an office in a structured environment and now you’re working from home and have to focus, you’ve got a reason to be taking it,” says Lotano-Saba. And if you’re also dealing with bored kids interrupting your Slack chats and Zoom meetings, you’ve got even more reason to seek a potion to help you focus.

Twenty years ago, it was tough to find a job that was both simultaneously boring and focus-demanding. Professional baseball comes to mind. And those guys took so many “greenies” that clubhouses offered two pots of coffee—a regular one marked “unleaded” and a “leaded” one with amphetamines. But today, even some Los Angeles staffers admit to having popped pills to compete: Fashion writer Merle Ginsberg, who was a judge on the first two seasons of RuPaul’s Drag Race, went to a psychiatrist to treat her depression. He put her on antidepressants but, to her surprise, also suggested throwing in Adderall.

“I was shocked at how well it worked,” she says. “As I got older, I noticed my focus was gone. A lot of people in my age group are taking it because we were used to being crazy workaholics and we don’t want to give up on that.”

The only reason Ginsberg doesn’t have pills in her medicine cabinet anymore is that it got too expensive. Adderall, especially in this new shortage, is the Domaine du Romanée-Conti of prescription medication. Not only do you have to shell out for whatever your insurance doesn’t cover, but you also have to pay for a session with a psychiatrist every three months to get a new prescription. And during COVID, those aren’t easy appointments to book. So Adderall has become a privilege of the L.A. elite.

Because, remember: at the same time demand is up, there’s less out there. Like a Soviet ministry, the Drug Enforcement Administration decides how much can be sold for the entire country. And the DEA has dropped its allowed quotas. In 2016, it allowed 50,000 kilograms to be sold; but for 2022, it has lowered the amount to 41,200 kilograms. In October, the DEA issued a notice that said, “The diversion of ADHD medications for the purposes of recreational abuse or performance enhancement is common, with approximately 5-10 percent of high school students and 5-35 percent of college students, depending on the study, misusing and diverting stimulants prescribed for ADHD.” I don’t know how you can be expected to read writing like that without Adderall.

Then, in June, one of the five global manufacturers stopped making amphetamine salts. Another is getting out of the business once it sells its current supply. And the remaining ingredients might be stuck on a container ship in Long Beach, waiting for truck drivers. Also, maybe, like inflation or something.

All of which is leading some people to buy illegal Adderall, which goes by the street name of “Adderall.” Sometimes they find dealers on Snapchat, where messages disappear. Some wind up with fentanyl-laced Adderall.

When I told a psychiatrist that I was late with this article and was thinking about trying Adderall to help me finish, he said incredulously, “You’ve never done Adderall?!” When I asked if I should lose my Adderall virginity, the respected psychiatrist paused and said, “Off the record? Definitely.”

But before I scored some pills, I called my friend Stephen Elliott, whose memoir, The Adderall Diaries, was turned into a movie. In addition to taking Adderall, he has snorted and mainlined methamphetamines. Stephen said that a little Adderall would indeed help me with this article, as it has helped so many people in creative fields. When he was teaching writing at Stanford, he was shocked at how common it was among students. Those students have now grown up to be writers who are taking Adderall—writers who are my competition.

But then Stephen scared me straight. “Adderall is just amphetamine. We package it and say it’s Adderall because it has these salts, so it has time release. If they called it ‘amphetamines,’ we’d say, ‘It’s a crisis! All the kids are into amphetamines!’ Instead, doctors are saying, ‘Give them this special pill, and they’ll do better at school.’ Of course they will—it’s speed,” Stephen said. “Calling it Adderall and not amphetamine is mainstreaming it.”

He pulled a Jewish mom and said he’d feel responsible if he in any way led to my using Adderall. “It’s a Pandora’s box. Once you give yourself this option, it’s hard to take it away,” he said. Stephen still takes Vyvanse, another ADHD drug. “I’m afraid to stop taking it because I have these massive depressions if I stop. I’m stuck.”

As we talked longer, and I got more nervous about the clock ticking down to my deadline, Stephen appealed to my ego. “And to be 50 and be the one person who hasn’t done this—you should hold on to that. It’s awesome,” he said.

I promised him I wouldn’t take it. So if you didn’t like this article or are annoyed because it came in long after deadline, please blame him.