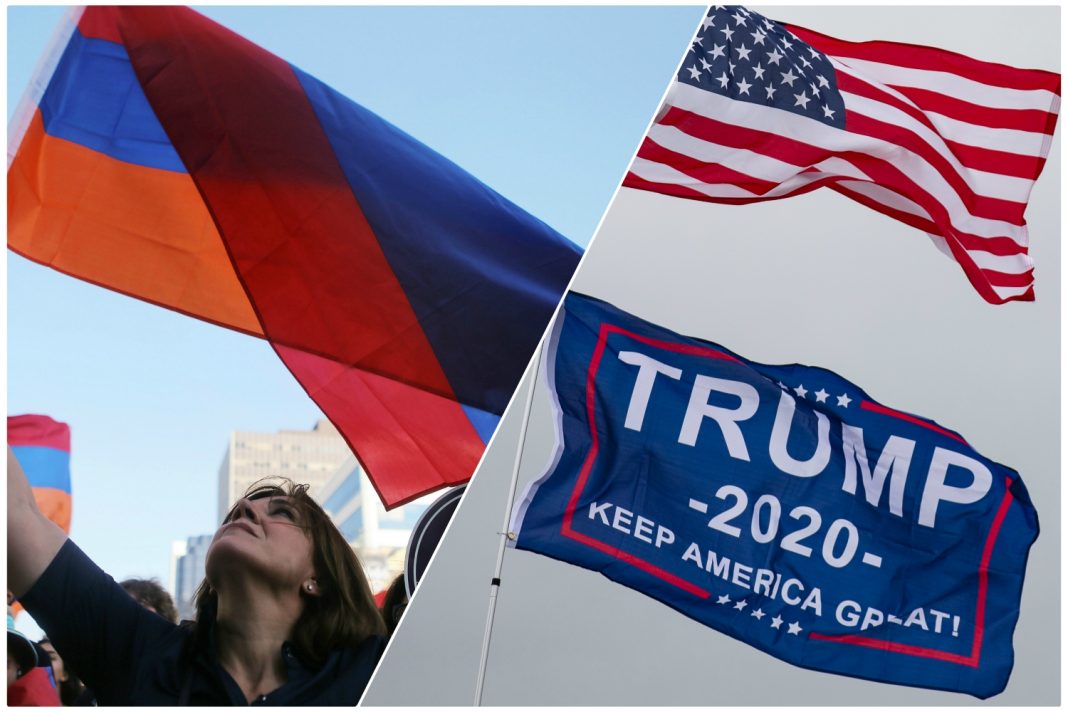 Heated exchanges gave way to physical scuffles at an event held at a Glendale library to honor Congress’ recognition of the Armenian Genocide. A group of Trump supporters showed up on Saturday night to protest one of the event’s speakers, Congressman Adam Schiff, who has played a central role in the impeachment hearings. One man reportedly went to the hospital following a minor altercation with a protestor, although he did not sustain serious injuries.

“This is, from the beginning, a nonpartisan event, not meant to elevate any one individual over another, purely just celebrating recognition of the Armenian genocide,” says Alex Galitsky, communications director for the Armenian National Committee of America (ANCA). While Schiff has played a pivotal role in the fight for the U.S. government to officially recognize the period from 1915 to 1923 when forces of the Ottoman Empire systematically killed more than a million Armenians, the event was meant to honor the decades-long efforts of activists and community members.

Over 200 guests showed up, including elderly descendants of genocide survivors. Among the attendees in suits and dresses, though, were a handful of people wearing jackets emblazoned with right-wing insignias and conspicuously filming the proceedings on their phones.

A man who goes by a pair of pseudonyms on Facebook purported to be one of the protesters. “This was our only chance to show Adam Schiff CA stands with #45!” he posted after the event. “We apologized to the Armenian Community for interrupting the schedule program,” the post adds. We contacted the person manning the Facebook pages, but didn’t get a response.

Indeed, many of the protestors left the library and continued demonstrating outside, where some apologized for the disruption and offered support for the recognition of the genocide.

“There’s no excuse for using this event as a tool in their fight against impeachment,” Galitsky says. “The politicization of genocide recognition is disgusting, no one should be using our trauma for their partisan political agenda, [and] we wholeheartedly reject those insincere apologies.”

The protest began once Schiff took the stage. Only a few minutes into his remarks, protestors began to silently hold up signs reading “Don’t Impeach.” Guests at the event asked them to lower their signs, which they refused to do.

Then, a woman’s voice broke through the quiet.

“Liar!” she yelled at Schiff.

Schiff continued to speak, unfazed, but as guests shushed the woman, other protestors joined in with the same barb. Schiff made an effort to settle the crowd, repeating “please” with no results. By that point, much of the room was on its feet.

Schiff has represented Glendale, which contains the largest Armenian population outside of Armenia, since 2001. Using his platform in Congress, he has long pushed for the U.S. government to acknowledge the mass murder by the Ottoman Empire, now modern-day Turkey. Schiff’s efforts finally yielded to an overwhelming 405-11 vote in the House in October in favor of designating the atrocities as genocide. Then, last Thursday, a similar bill in the Senate co-sponsored by New Jersey Democrat Robert Menendez and Texas Republican Ted Cruz passed unanimously.

“There were a few very heated exchanges where members of these anti-impeachment protest groups accused the Armenian community of being used by people like representative Schiff, that we were pawns in some bigger political game—very patronizing and condescending arguments that suggest that we aren’t in charge and in control of our own fate and our own future,” Galitsky says.

In one video taken at the event, a grey-haired man tries tugging a blue-and-red flag from one of the protesters, falling backwards when the man who brought the flag let go. After the tug-of-war, the older man went to the hospital to check for a possible finger injury.

According to Galitsky, the older man thought the protester was holding a Turkish flag. Earlier this year, Turkish flags were hung at two Armenian schools in the Valley, which police investigated as a possible hate crime.

Three Glendale police officers reportedly intervened and most of the protestors went outside to resume protesting on the library steps. But even as most of the community members took their seats, a few dogged protestors remained, yelling at the stage.

Then, starting with only a few voices before spreading to the rest of the room, the crowd began singing. “If there was anything beautiful that came out of this event it was hearing the room erupt in the Armenian National Anthem,” Galitsky says.

“Any attempt to silence the voice of our community is to be complicit in the act of genocide denial,” he says. “There is no two ways about it.”