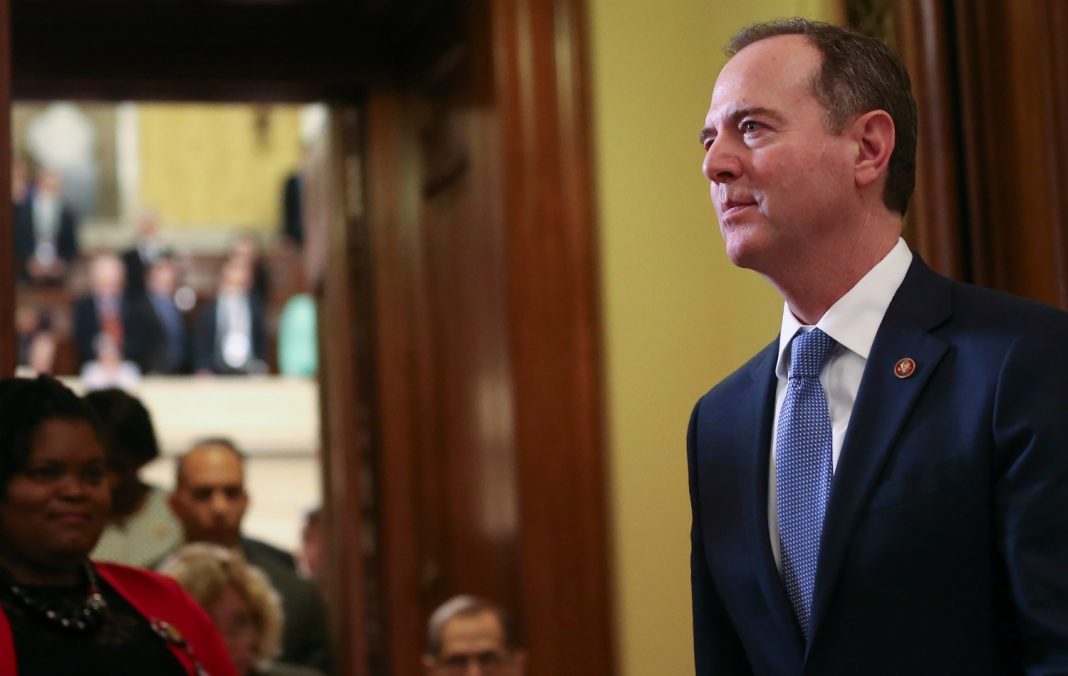 California Congressman Adam Schiff faced down yet another death threat from a person pissed off about the impeachment of Donald Trump, law enforcement revealed Monday.

On November 12, the eve of the first day of impeachment hearings overseen by the California congressmen, Robert M. Phelps, 62, of Connecticut got in touch with Schiff through his website and said he would like to murder the legislator, U.S. attorney John H. Durham announced in Connecticut Monday. “I want to come and see you so I can spit in your face and I want to kill you with my bare hands and smash your sick little round, fat, lying face in,” Phelps wrote, according to the New York Times.

Phelps was taken into custody Friday and stood before the U.S. District Court in Connecticut where he was charged with threatening to murder a U.S. official with intent to impede, intimidate, or interfere with their performance of official duties or with the intent to retaliate against the official for performing official duties. Phelps was also at least the third person to be charged with threatening to kill Schiff, who was the lead house manager in the prosecution against Trump in his impeachment hearing. A 52-year-old Tucson man arrested in October told arresting officers that he was probably angry after seeing a segment about Schiff on Fox News.

Phelps boasted his allegiance to Trump when the FBI arrested him at his home in December, telling agents, “He had a right to contact members of Congress and defend ‘his president.’”

Phelps also asked if Trump critic and Connecticut Senator Richard Blumenthal had been involved in his arrest.

“Phelps asked investigators if they were in his home because of Senator Blumenthal and that the Democrats that are involved in the impeachment proceedings against the president should be arrested,” FBI Special Agent Daniel Heether wrote in his report.

Phelps, who has convictions for third-degree assault and second-degree breach of peace, was released on $25,000 bond and is scheduled to return to court on June 3.