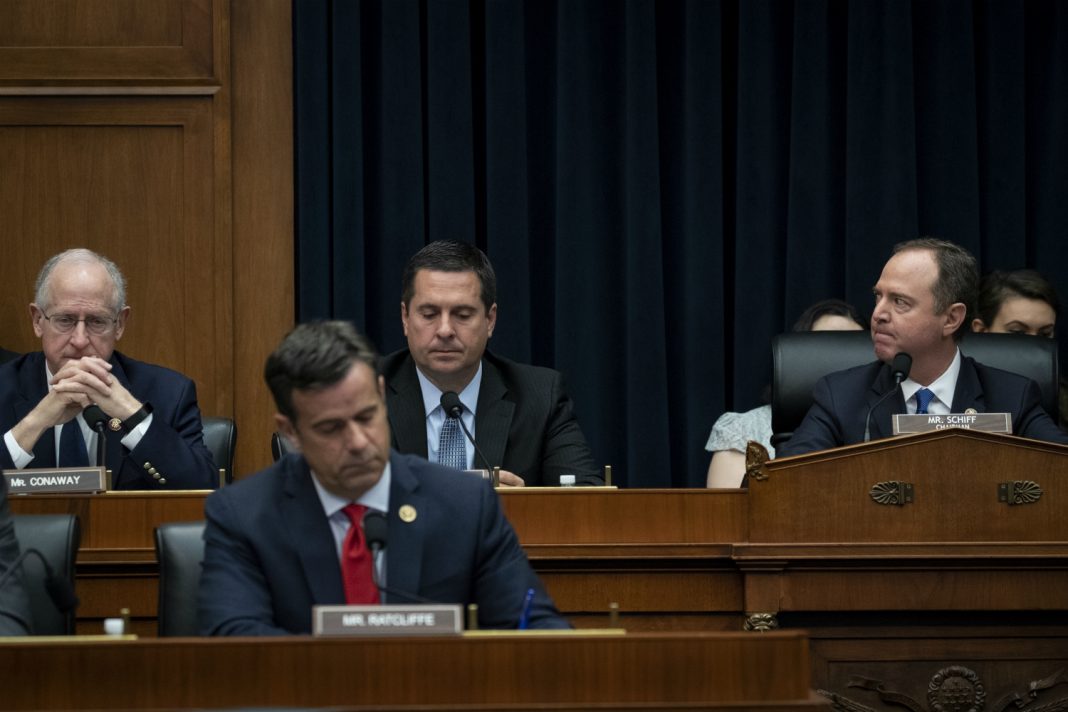 Ever since special counsel Robert Mueller submitted his report to Attorney General Bill Barr, and since Barr whipped up his tidy little summary that cleared Donald Trump of colluding with Russia and obstructing justice, the right hasn’t been able to contain its glee, disguised as indignation. And everyone from Fox News talking heads to Trump himself has come out swinging against L.A. congressman Adam Schiff, the pragmatic, mild-mannered Democrat who chairs the House Intelligence Committee.

This morning, Trump tweeted that Schiff should “be forced to resign from Congress” for “knowingly and unlawfully lying and leaking.”

Congressman Adam Schiff, who spent two years knowingly and unlawfully lying and leaking, should be forced to resign from Congress!

Schiff’s Republican colleague’s on the Intelligence Committee also took aim (although they shot a little lower), urging him to resign his post as chairman. Rep. Mike Conaway of Texas accused Schiff of abusing his position to knowingly promote false information, adding “We have no faith in your ability to discharge your duties in a manner consistent with your constitutional responsibility.”

JUST IN: GOP members of House Intel Committee call on Adam Schiff to resign his chairmanship.

"We have no faith in your ability to discharge your duties in a manner consistent with your constitutional responsibility, and urge your immediate resignation." https://t.co/NkJuIoh4fP pic.twitter.com/7UKwWKmdVn

I say this to the President, and his defenders in Congress:

You may think it’s okay how Trump and his associates interacted with Russians during the campaign.

Speaker Nancy Pelosi, who was asked by minority leader Kevin McCarthy to remove Schiff from his post, spoke in Schiff’s defense in a press conference this morning, saying she’s “proud” of him and calling the president and his cohorts “scaredy cats.”

Pelosi: "I'm so proud of the work of Chairman Adam Schiff … So what is the president afraid of? Is he afraid of the truth? That he would go after a chairman of a committee in the Congress. I think they're just scaredy-cats. They just don't know what to do." Via ABC pic.twitter.com/fB1JySZ7sK

RELATED: Adam Schiff Says Only a Mueller Report Bombshell Would Lead to Impeachment

Pelosi Calls Out Hypocrisy of Archbishop Who Denied Her Communion