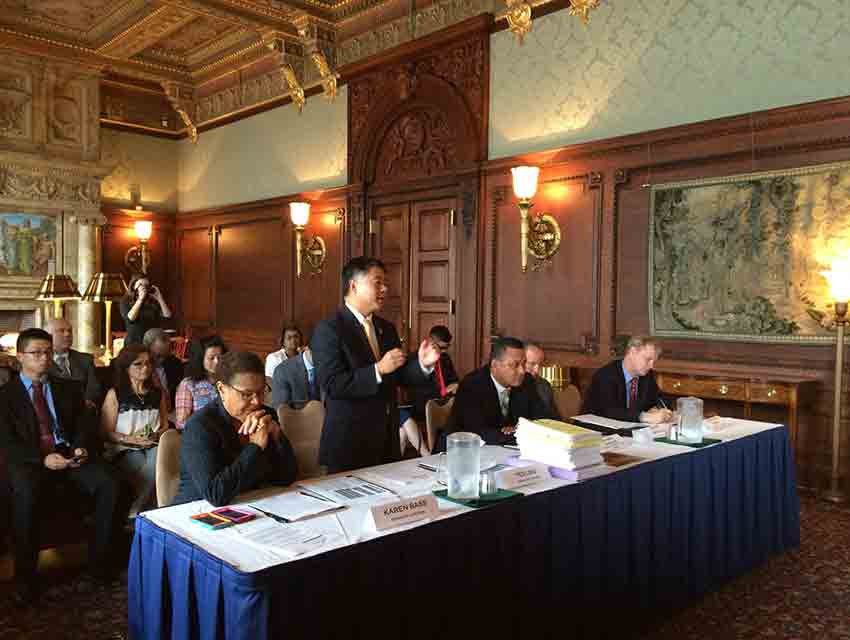 Eight months after Santa Monica voters grounded Measure D, effectively empowering the City Council to make decisions about the future of Santa Monica Airport without a public vote, local officials have taken their fight to shutter the airport to the U.S. capitol.

After talks, the congressman released the following statement: “Today was a productive meeting where each attendee personally shared their story with the FAA face to face.  I hope that the FAA will heed the concerns brought forth today and work to address the issues.”

By issues, he means years of back and forth between the aviation organization and local activists, who’ve pushed to regulate what kinds of planes fly in and out of the airport and, citing environmental concerns, believe the land—which was once a clover field—should be used for other purposes.

Earlier this month, a 31-year-old agreement between the FAA and the City of Santa Monica expired. With the old lease contract behind them, the city is looking to expand its control over the airport site. But moving on won’t be so simple; the FAA has maintained the city agreed in 1948 to operate an airport “in perpetuity.” In response to questions regarding how this morning’s meeting may have changed the organization’s stance, a representative tells us, “The FAA listened to the constituents, but could not comment because of pending litigation about the airport which involves the FAA.”

In March, the city council voted to develop “recreation purposes” on a parcel not currently used for aviation. The Santa Monica Mirror reports progress on new park space may happen slowly, however, as the city awaits feasibility plans and inspections. For now the future of the airport remains in the air.

This article has been updated to reflect that not all 16 Santa Monica residents who attended the meeting are in favor of the airport closing.