Home Uncategorized Activists Are Calling for an All-Out Strike to Protest Trump on February... 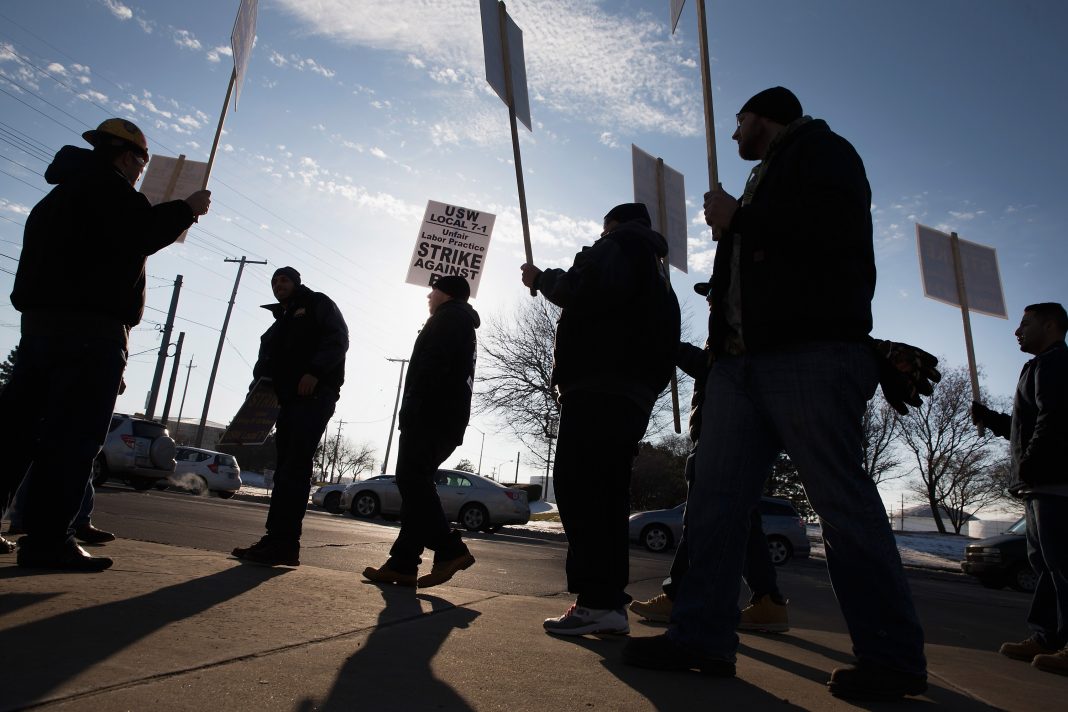 Following days of demonstrations, activists are planning an organized work stoppage on February 17. The plan was proposed by writer Francine Prose in the Guardian earlier this week, as a way to amplify anti-Trump protests and make them harder to ignore.

“The trouble is that these protests are too easily ignored and forgotten by those who wish to ignore and forget them,” Prose wrote. “The barriers go up, the march takes place, the barriers come down. Everyone goes home happier. … Let’s designate a day on which no one (that is, anyone who can do so without being fired) goes to work, a day when no one shops or spends money, a day on which we truly make our economic and political power felt, a day when we make it clear: how many of us there are, how strong and committed we are, how much we can accomplish.”

#NoSacrificeNoChange #NationalSickDay #NationalStrike no one go to work until trump is removed from office. if 25% did this he’d be gone https://t.co/uOW9JNBSwV

General strikes have a long history of effectiveness, beginning in the U.K. in the mid-1800s. (This Mic article provides a great deep dive into the history of this method.) Organizers say they hope those who cannot strike will participate in a Day of Service instead.

It’s too early to tell how widespread this event will be, since things are still in the planning stages. A Facebook event was just created for a general strike and anti-Trump rally in New York, and the official website is still being fleshed out. Follow #nationalstrike on Twitter to see how it develops.

#NationalStrike Millions in the streets. Paralyze the country and force every GOP traitor out of office. https://t.co/bpxGmlV5ue

The U.S. Will Start Banning New TikTok Downloads on Sunday

The West Is on Fire. Trump Hasn’t Bothered Mentioning It