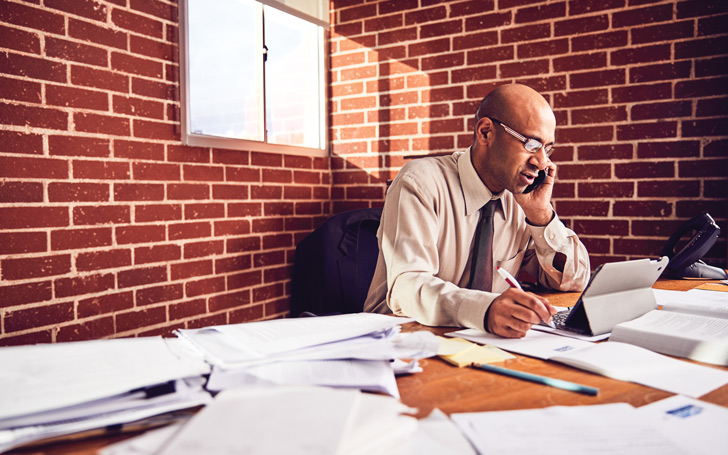 The legal system is notoriously slow. You don’t need to tell that to Ahilan Arulanantham. He’s been the Southern California legal director for the American Civil Liberties Union for the past two years, but he spent the last ten on an immigration detention case as it ground its way to the Supreme Court in 2016. Since January 20 his job has been more like helming a battleship taking incoming fire. Arulanantham describes the volley of executive orders during the first few days of the Trump administration as a wholesale revamp of the way the government enforces immigration. As director, the 44-year-old supervises cases on everything from police conduct to LGBTQ issues and women’s reproductive rights. But it’s the immigrant and refugee rights battles that form the spine of his 15-year career with the ACLU. His parents, both doctors, came to the United States from Sri Lanka, where they faced discrimination and sporadic violence as part of the Tamil minority there. Born in New York, Arulanantham wound up living in Lancaster and remembers how, when he was ten, relatives escaping the civil war crowded into his home while others scattered across the globe as they sought sanctuary.

After studying at Oxford and earning a law degree from Yale, Arulanantham embarked on a career that channeled a lot of that early experience. A onetime public defender in Texas, he soon shifted focus to fighting for immigrants’ rights, going on to win several high-profile cases. Though most in his field toil in the shadows, Arulanantham was awarded a MacArthur “genius” grant last year for his efforts in providing legal representation to immigrants facing deportation. We chatted with him late one night at the home he shares with his wife, who is also a civil rights lawyer, and their young daughter as his phone kept buzzing with calls from ACLU colleagues.

Were you expecting shock and awe from the first weeks of this administration or were you caught off guard?

The situation became clear as the executive orders began to leak out. One of them I read on my phone while my wife and I were driving to work. Two of these orders attempted to put into place a complete fundamental reorientation of the entire federal immigration enforcement machinery. You just don’t see that pure, blatant discrimination very often anymore, especially not encapsulated into policy. I spent that Sunday at the airport. We filed three lawsuits for individuals at LAX to try and get them out of detention.

What began to dawn on you in those hours?

Structural racism drives a huge amount of the immigration enforcement system. You could never have a massive system of thousands of people in prison without trial if the racial composition were radically different. It’s kind of apparent in the way that the response to the opioid crisis is different from the response to crack cocaine. That’s a product of structural racism. Still, all those people did break a law. When a policeman pulls over somebody for changing lanes without signaling, which has happened to me, you think, “Come on, you pull over everyone in this situation?” But then again, I didn’t signal. Here you see people who have done nothing—they’re completely blameless, and the only reason this is happening is because of the country they’re from and their religion. We stopped all immigration from Iran. You can’t be serious. This is L.A. Beverly Hills is like a quarter Persian. So yeah, that sort of scared me.

Then what more do you think we can expect with this administration?

I was just starting my second year at the ACLU, working in the New York office, when 9/11 happened. It’s striking to see that this is perhaps even greater in magnitude in regards to assaults on civil liberties than what happened then. And this is in the absence of any comparable triggering event.

Is that overstated? You’re almost describing a police state.

On the national security side, it’s easy to see that we’re approaching a permanent emergency wartime footing, and that is fundamentally different. The war in Afghanistan is the longest war we’ve had. The authorization to use force in response to the 9/11 attacks is still the ostensible legal justification today for killing people in Yemen, killing people in Somalia. There’s no serious suggestion that those people had anything to do with the 9/11 attacks, which are now 16 years old.

OK, but much of the expansion of the national security apparatus came under President Obama. That administration also carried out a record number of deportations. Are you saying this presidency is truly a departure, or is it extending, aggressively, a pattern that was already established?

The detention system dramatically expanded under Obama. During his presidency, if you take DACA [Deferred Action for Childhood Arrivals] off the table, what you’re left with is perhaps the most draconian immigration enforcement scheme since the 1950s. Trump’s Muslim travel ban is different in kind. It discriminates purely on the basis of religion or a combination of that and national origin. It just stops them in their tracks, stranding thousands of people, separating families. If many of the provisions in the immigration orders are carried out to the full extent, that would constitute dramatic expansions from what happened under Obama.

Does being in Los Angeles, even for those at the ACLU, forge a different view on immigration?

I’m a big believer that even in the electronic age, your context and surroundings influence how you view the world. It is very different to live in L.A. and do this kind of work than in Washington, D.C., for example.

We have a huge Central American population; we have a million undocumented people in Los Angeles County. Not that there’s anything wrong with those jobs, but the stereotype for undocumented workers is the gardener or landscaper and nannies. That is not Los Angeles. In L.A. there are undocumented lawyers and doctors and accountants. Those things shape the environment differently. Then there is the cultural penetration. In the San Gabriel Valley, just see the Chinese, Southern Chinese, Chinese Vietnamese, and look at all the different neighborhoods and restaurants. Then there’s Koreatown and Little Tokyo. These are essential parts of the city’s identity. Go west to UCLA and see Tehrangeles. A lot of people living in this city are floating through these worlds all the time. This is the United States to us.

Given all that, what do you think Angelenos might not be aware of about immigration here?

Within a two-hour drive from downtown, there are something like 3,000 detainees in different immigration prisons: in central Orange County, in Irvine, in Adelanto. That’s the size of a small town. The vast majority of detainees have no lawyer at all; they wear orange jumpsuits. But in theory it’s not prison, so they don’t have any procedural rights. Most people think those are only undocumented immigrants or people who snuck over the border. Even if that were true, you’d imprison them without trial? But they’re not. A lot of them are lawful residents—even green card holders—who were convicted of a crime and finished the sentence. The most common crime is drug possession. Simple possession. If they were citizens, they would be reintegrated into society. But if they’re noncitizens, they go into this separate, parallel prison system.

Do you ever get the feeling that Angelenos are too insulated from the rest of the country?

I do think we in L.A. are in a cocoon. It’s compounded by a combination of cultural barriers and political correctness: People don’t like to confront one another. We don’t know how to talk about these things, to have a perfectly sane, rational conversation like, “I don’t think that children from Central America should be allowed to come here because we have to have a border.” To me, that doesn’t make them crazy. We can have a discussion about that, but most people don’t want to.

A long-standing knock on the ACLU is that it’s out of step with the nation. What do you make of the fact that there is a large swath of popular opinion that maintains we need stricter immigration controls, that people who’ve crossed here illegally have forfeited their right to live in this society?

I want to push back on the premise. Polls show a substantial majority of the country prefers comprehensive immigration reform or a path out of the shadows. That’s not to say that a substantial minority believes differently. We all struggle with this. In my own experience, what has often been persuasive are the stories of the actual people. If these people were to meet the ten-year-old boy in the J.E.F.M. vs. Lynch case, facing deportation without a lawyer, I think a lot of them would believe that he should be able to stay. But we weren’t saying that. We were saying he should have a lawyer to get a fair hearing on whether he should be able to stay.

J.E.F.M. vs. Lynch sought to establish the right to counsel for children who are being deported. You lost. How did you handle that?

That was incredibly painful. Telling the families of our clients and the children that we lost. The whole idea of the brutality of it, for the children. I know how the system actually works.

You argued a case before the Supreme Court last fall. What was that like?

To be honest, I had a sore throat and was worried that I might lose my voice. Then the clerks brought out these lozenges for me. They were like, ‘These are really good.’ I couldn’t speak, then I took one, and it was like boom! I could just talk. They had this numbing effect.

The ACLU can really rile up its opponents. What kind of blowback have you experienced?

I’ve occasionally had people at my talks challenge me, but generally in a respectful way. On the internet it’s different. I won a national security immigration case back in 2006, and there were stories in the Los Angeles Times. I read through the comments, and they were really nasty and horrific, targeting me personally. So I just stopped reading them.

A classic ACLU case would be to defend Milo Yiannopoulos, the former Breitbart provocateur who was touring college campuses and being shut down.

As you know, we defended Rush Limbaugh, and the former Idaho Republican senator Larry Craig, who was arrested for soliciting sex in the restroom at the Minneapolis airport. We also criticize and sue and condemn Democrats like President Obama. We represent abortion protestors. For a lot of our NSA and FBI surveillance work, we partnered with what you would think of as right-wing or Libertarian groups. We believe what we believe, and the political party affiliation has nothing to do with it.

Have you faced criticism from people who call themselves progressives?

That is happening now in the California legislature over which kind of immigrants the state should fund for legal representation. Some progressives want to exclude people with certain criminal convictions because they prefer “good” immigrants—people who are DACA recipients or things like that. Our view is that it is all due process and that one person is no more deserving of due process than another.