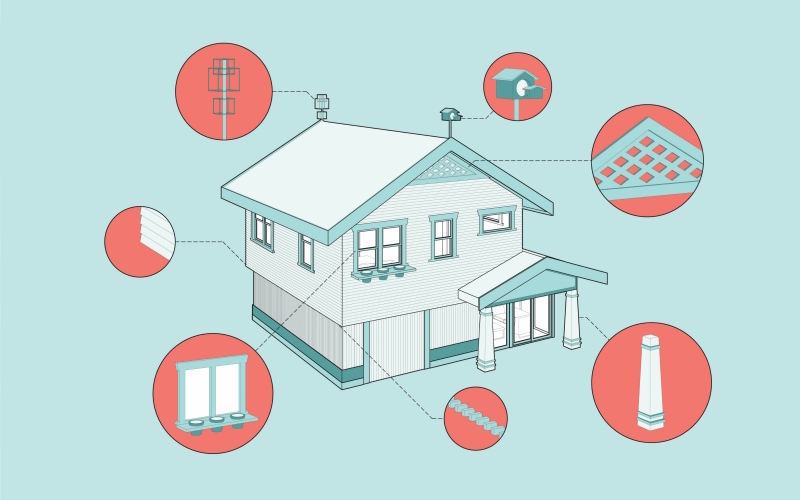 In the hills of Highland Park, Trent Wolbe is standing where his new home is being built. A two-story, 1,024-square-foot two-bedroom house, it’ll be 27 by 17 feet at the base—tight but just right considering that he’s squeezing this into the backyard of the Craftsman bungalow he shares with his partner and four-year-old daughter.

Wolbe’s is a pilot project sponsored by Mayor Eric Garcetti’s Innovation Team, a consultancy within city hall. They’re hoping to show how underutilized land can be converted to create more residential space—as well as additional income for property owners. “Since we started doing this, all of my neighbors have been like, ‘Hey, can we get in touch with them? I’ve been wanting to do this forever,’” says Wolbe, who designs the spaces companies set up for events like South by Southwest.

In L.A., where a growing population is faced with rising rents and a dearth of affordable homes, backyard houses—known in the urban planning lexicon as accessory dwelling units, or ADUs—are seen as a simple tool to chip away at the problem.

ADUs, sometimes called granny flats, are nothing new to Los Angeles. Citywide, there are an estimated 50,000 secondary units on residential lots, from mother-in-law cottages to converted garages. But many of them lack permits, and many more potential ADUs have never come to fruition because of issues like the cost to build extra parking that outdated city codes required.

A series of state laws enacted in January 2017 lifted many of those barriers. As a result about 2,000 permits were requested in L.A. last year, a 658 percent increase from the average between 2012 and 2016, according to city data. With half a million single-family lots citywide, the mayor’s office once argued there’s room for an even greater increase, which is where city hall’s Innovation Team comes in. “If we permit them, families build them,” says its director, Amanda Daflos.

Wolbe’s ADU is a test case to prove that such units can be built affordably. The Innovation Team has partnered with the community development group Genesis LA to create a construction loan based on future proceeds from renting the additional house (rather than on equity in the existing home or savings). Habitat for Humanity is the general contractor, and the Frogtown-based architecture and urban planning firm LA-Más is handling the design and project management through funds from Council District 1. Overall, Wolbe’s construction costs will be about $250,000.

While that assistance won’t be the norm for other ADUs, Daflos says the city is exploring incentive programs—including novel loans like the one Wolbe got—to encourage more property owners to build and rent their extra units at affordable prices. And it’s put together a handbook in partnership with UCLA to guide people through the process. Genesis LA and LA-Más are also forming a one-stop ADU shop that will front building costs and handle design, permitting, and construction.

For Wolbe, the economic benefits of the ADU are appealing but only part of his motivation. “The bigger idea is to build more affordable housing and increase the housing stock around here and other parts of L.A,” he says. “That’s the end goal.”