Home Uncategorized A Walker in L.A.: Where the Streets Have No Shame 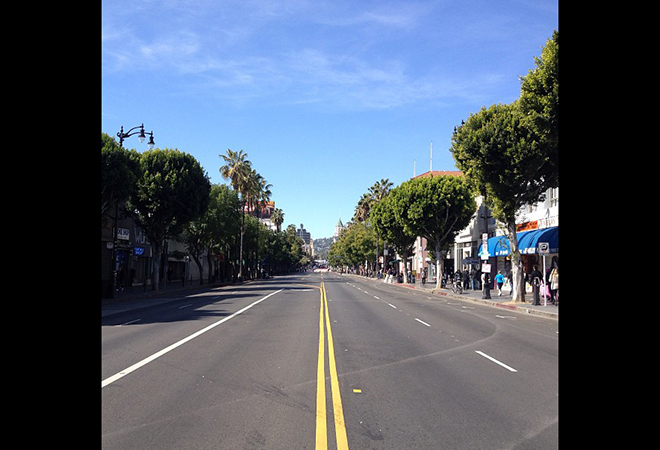 “We have famous streets. We don’t have great streets.” That’s something that Gail Goldberg, the former head of L.A.’s City Planning department, told me in an interview almost 10 years ago, and it’s something that has really stuck with me. Even though we have streets that people all over the world could name due to their star power, our streets are not known for being places that welcome anything but cars. They’re all sheen, no substance. That’s all about to change with the announcement of the Great Streets Initiative by Mayor Eric Garcetti this week. This stretch of Hollywood, between La Brea and Gower, is one of 15 streets that will get funding from the city not only for pedestrian improvements but also for economic development, proving that greatness is also about building stronger neighborhoods. My dream is that, someday, Hollywood Boulevard—easily our most famous street—will be just as well-known for its bike lanes and outdoor dining as it is for those terrazzo stars on its sidewalk.