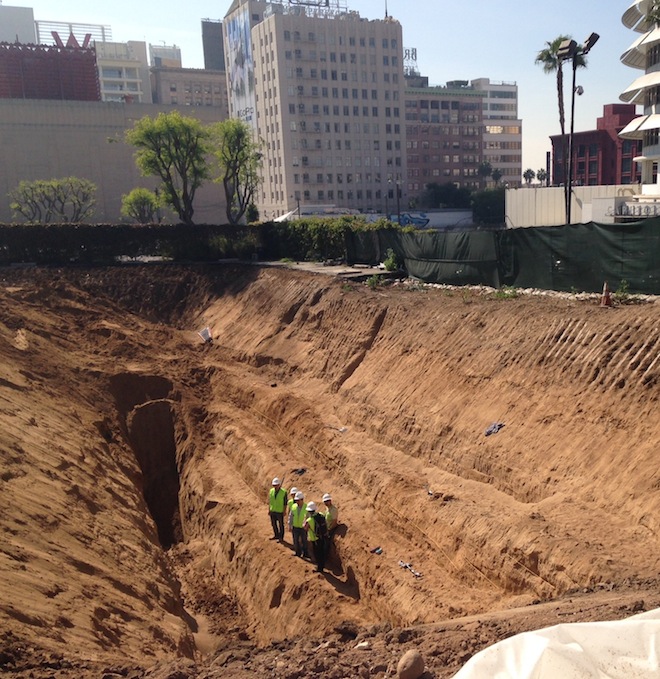 Construction sites are a fact of life in a place like L.A., which is growing up at an accelerated rate (in fact, we broke a record for the largest continuous concrete pour in the world just last weekend). But they also reveal hidden secrets about where the city’s headed. If you peek through a hole in a particular tarp-wrapped fence in Hollywood right now, for example, you’ll see more than just the typical rebar-sprouting foundation. On a large lot adjacent to the Capitol Records building, engineers are digging a deep canyon through the dirt to look for evidence of ancient seismic activity. It’s called “trenching,” and they’re doing it to find the exact location of the Hollywood Fault so they can inform developers where it’s safe to build. I spent a good half an hour marveling at this important geological event happening a block from the tourist-thronged boulevard. As a walker, you can take the time to investigate the stories behind the scaffolding.