Home Uncategorized A Walker in L.A.: The City’s Most Colorful Residents 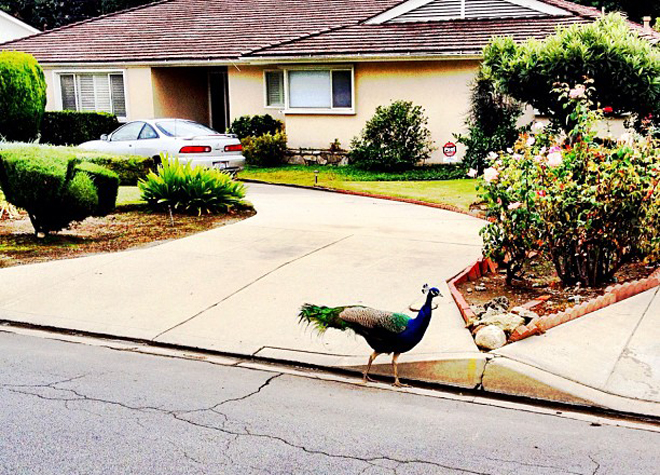 “Why did the chicken cross the road?” is an age-old question, but I’m more curious about the peacock. In certain L.A. neighborhoods you’ll probably ask yourself about the bird, too. While on my way to the Los Angeles County Arboretum last year, I missed my stop on the bus and had to take a detour down a nearby Arcadia street. Much to my delight, I spotted roaming peafowl, descendants of the first-ever flock of peacocks to be brought to the continental U.S. by Lucky Baldwin, who kept them at his Arcadia ranch starting in the 1880s. When his property later became the Arboretum, the peacocks remained on the grounds, but they often wander out the front entrance and on to nearby lawns in search of snacks (apparently they’re skilled at killing rattlesnakes). Arboretum staffers tell me that even though they can fly, they usually just end up walking across the street—carefully, I hope.