Home Uncategorized A Walker in L.A.: Don’t Call It a Comeback 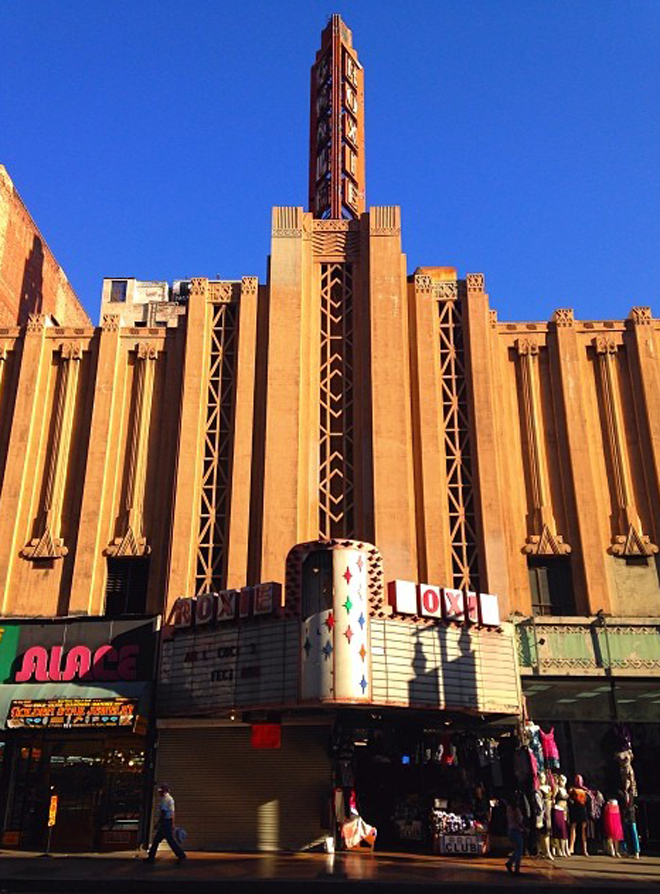 Downtown is getting plenty of attention lately, and it’s all well-deserved. Broadway, the street that is like a spine that holds it all together, is enjoying a particularly strong resurgence: Grand Central Market is being invigorated with new vendors, the Ace Hotel has thrown open its doors in the United Artists Building, there’s even a plan for a streetcar to run down its center. But anyone who says “Broadway is back” hasn’t walked there on a recent Saturday. The truth is Broadway has always been one of the busiest walking streets in L.A. (that’s why it has been selected for a series of pedestrian improvements). I captured the Roxie Theater, the street’s only Art Deco theater, in a golden afternoon moment as families rushed up and down the sidewalk shopping for everything from tube socks to quinceañera dresses. Broadway has always been a great street for walkers; now it’s just better than ever.