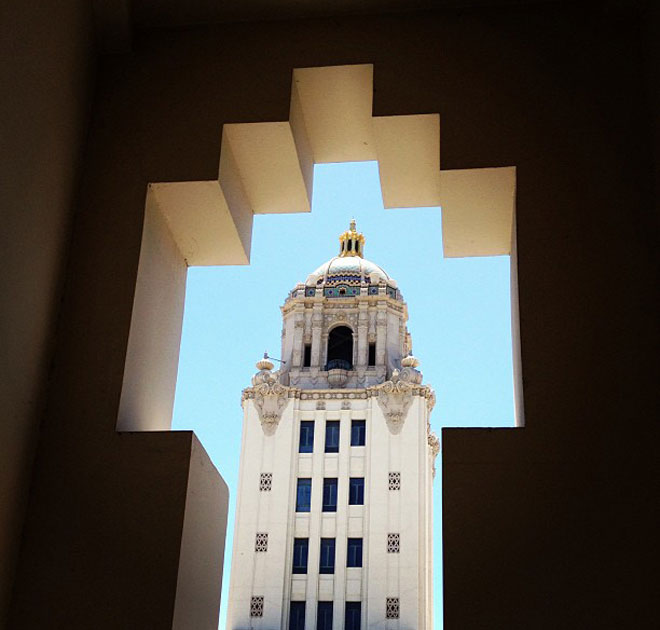 The Beverly Hills Civic Center is the younger, hipper sibling of the 1931 Spanish Renaissance City Hall across the street. It was designed by Charles Moore in 1991 to “playfully expand” on the original stately structure, but to me, it never achieved that goal. I’ve always hated the cartoonish, geometric angles, its dumbed-down Art Deco details, and the skybridge, which tosses one arm around its elder bro as if trying to dignify itself by association. But then I got stuck on a long phone call while walking through Beverly Hills and decided to wander the complex’s pedestrian paths, a series of Escher-like stairways and ramps that curl up through the center of the courtyard. In a stairwell, I caught this glimpse of the old, perfectly framed in the new. I wouldn’t say it changed everything, but it did make me stop to reconsider the buildings. I wonder what other surprises Charles Moore might have tucked away in his deceitfully simple structure.