Home Uncategorized A Walker in L.A.: A Colorful Return 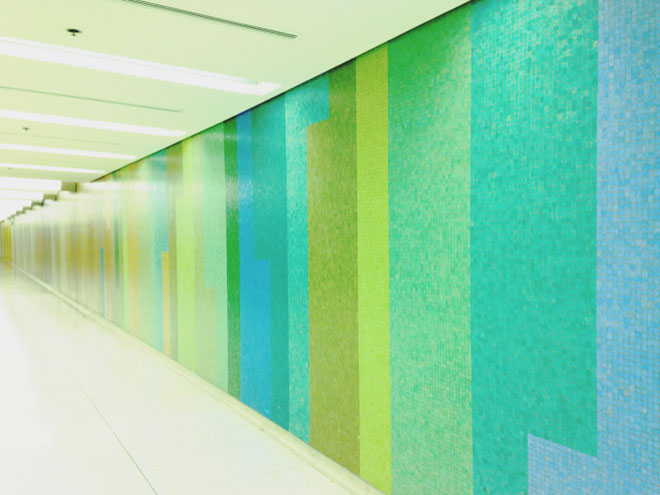 One of my favorite places to walk in L.A. isn’t actually open to the public. Well, anyone can go there, but you have to have a ticket to get in—a plane ticket. When you arrive at most of the gates after flying into LAX, you’ll be directed out of the airport via these long, colorful hallways that run beneath the terminals. The final leg of your journey was made more beautiful by artist Charles D. Kratka, who finished the mosaics in 1961. The colors are meant to evoke a flight over the country, with blue oceans of either coast bracketing the Southwest’s red rock canyons and Midwestern waves of amber grain. Strolling the hallway after a long flight earlier this week, I realized why I liked the mural so much: You can only see it when you’re leaving the airport. It’s always a sign that I’m going home.