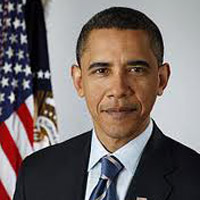 Oh, and He’s Headed to the Valley
Get all the details on Obama’s next L.A. visit here.

John Edwards Consulted Sean Penn About Rielle Hunter Scandal
If you think about this illogically, it makes total sense.
[People]

Dolphin Caught in Long Beach Harbor Freed
A construction site—which had to be altered for the animal—is a little worse for the wear.
[NBC LA]

Saudis Emerge as Key US Ally Against Terrorism
The United States and Saudia Arabia are frenemies no more.
[AP]