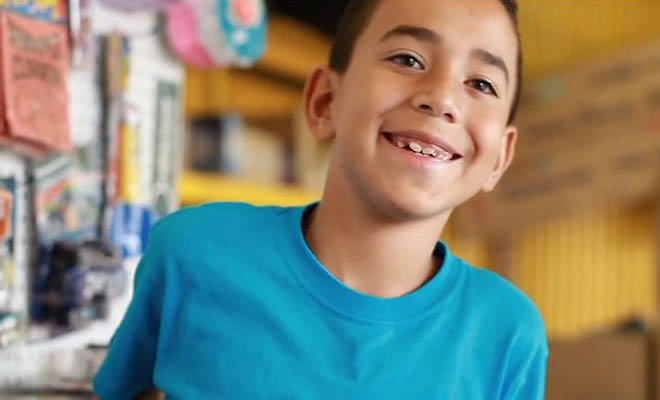 Caine Monroy, the now 10-year-old star of L.A. filmmaker Nirvan Mullick’s viral video about a boy who turned a heap of cardboard into a makeshift game room in his father’s East L.A. auto parts store, has inked a deal with William Morris Endeavour talent agency. Mullick, who went go-carting with Caine last weekend, tells us what else is new.

So Caine signed with William Morris Endeavour. How do you think that might change his future?
I’m really happy for him. I brought Caine and his family to meet with WME because you know there has been so many opportunities and projects being floated around and we needed a good team. WME is a great agency. They’ve got a lot of experience, so it’s exciting.

Do you and Caine have any projects in the works now?
There’s nothing that I think we can share yet, other than the most tangible thing that has been happening, which is a lot of speaking engagements. We just did a TEDx together in Santa Monica and Cain will be doing his first TEDx on his own in New York, hosted by Chelsea Clinton on March 16.

Wow. How’s Caine handling all the exposure?
He’s growing up a lot and he’s just becoming a spokesperson and inspiring a lot of people. He’s definitely a 10-year-old kid and we work really hard to make sure the things he goes to are things he would enjoy, things that will help him grow. But he’s still a kid. He’s on a basketball team. He’s got a tutor now with the money we raised from the scholarship fund. And, people still come out to his arcade every weekend.

And how are you? What’s next?
I’m good. I’m overwhelmed—but I’m good. I’m really proud. The Imagination Foundation has grown a lot as well. It’s been only 11 months since the film came out and we just hired a great executive director, Mike McGalliard, who was with L.A.’s Promise. We’ve been formalizing the foundation, and there are studios interested in a feature film, toy companies—all kinds of things.

ALSO: Read our Q&As with filmmaker Nirvan Mullick on Caine Monroy from May and September