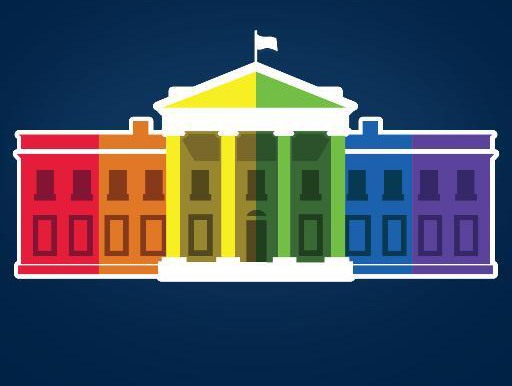 Justice Anthony Kennedy announced this morning the Supreme Court’s 5-4 ruling on Obergefell v. Hodges: same-sex marriage is officially a Constitutional right. This historic decision overrides any states’ decisions to disallow gay marriage. Formerly legal in only 36 states, gay marriage is now legal in all of the states. Whereas formerly only 70.33% of Americans lived in a state where gay marriage was legal, now 100% do. In April the Washington Post reported there were 390,000 gay marriages in the States. That number will surely rise.

Of course, this ruling won’t change much for California. We were the second state (after Massachusetts) to legalize gay marriage, though Prop 8 put us back for a bit. With a few years of marriage equality under our belts, here’s a snippet of where we’ve been:

June 16, 2008 The first legal same-sex marriages are performed in California.

November 4, 2008 Proposition 8 (you know, the Eliminates Right of Same-Sex Couples to Marry Act) breaks up the party. Eighteen thousand same-sex couples have already been married, and their marriages remain valid.

May 21, 2014 On the fictitious end of things, Modern Family’s Cam and Mitchell get married—and learn that when it comes to a gay wedding in California, if Arnold Schwarzenegger doesn’t try to stop you, a wildfire probably will.

June 26, 2015 The United States Supreme Court declares same-sex marriage constitutional across the board.

HERE’S HOW ANGELENOS ARE RESPONDING TO TODAY’S NEWS:

Los Angeles Mayor Eric Garcetti: “Today’s historic Supreme Court ruling is a testament that bias has no place in our laws. I’m proud that Los Angeles has long championed marriage equality. This is not only a victory for freedom, inclusion and love but for the union of a nation founded on the principle that all Americans deserve to be treated equally.”

West Hollywood Mayor Lindsey P. Horvath: “Today is a proud moment in our nation’s history. We celebrate this important victory for LGBT rights as we continue the struggle for full equality among all people.”

U.S. Rep. Tony Cárdenas (D-San Fernando Valley, Calif.): “I have officiated the marriages of several same-sex couples, and I have seen the love in the eyes of those whose hands, and whose lives, I have joined. All people are created equal. All love is equally valuable. Today the Supreme Court confirmed what loving families have known in their hearts, Love Wins.”