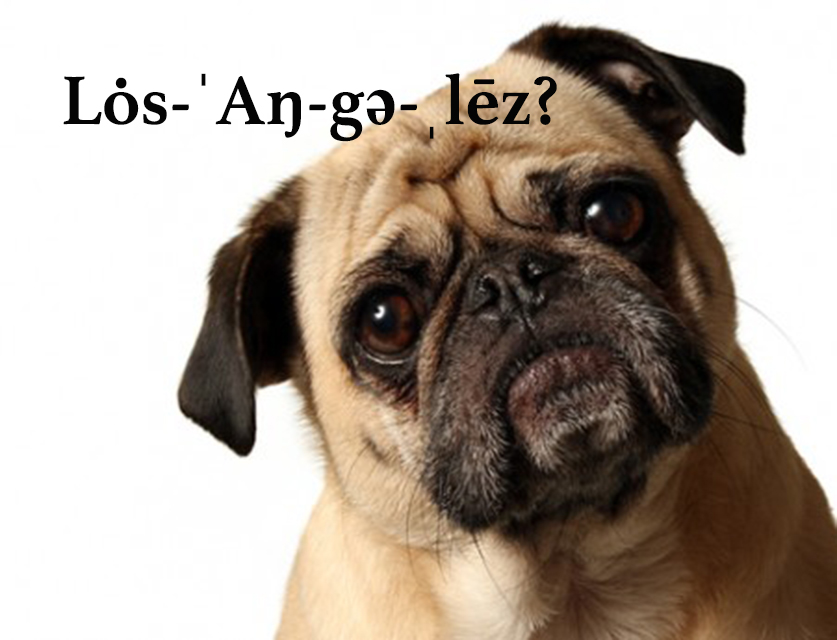 When it comes to learning the local lingo, Los Angeles doesn’t let new Angelenos off easy. Many of the city’s streets and places derive their names from a mix of Latin, Spanish, and Native American roots. Some, like Cahuenga, don’t so much roll off unfamiliar tongues as they do bounce around before crashing to the ground. Malapropisms are hard to avoid, but this guide is here to help.

Use it to direct your mouth and pen, share it with friends, and feel free to add any common linguistic taboos we may have missed in the comments section below.

El Segundo: \El-Se-ˈgən-dō\ or \El-Sā-ˈgün-dō\
Whether you should say “gun” or “goon” when referring to this LAX-adjacent city is a toss up. Do what I do and follow A Tribe Called Quest.

LACMA: \ˈLak-mə\ or \ˈLäk-mə\
It’s Lak-mə. Visit the museum and talk to someone who works there: they will never give it that long “ah” sound.

Rodeo: \ˈRō-dē-ˌō\ or \Rə-ˈdā-ō\
This one’s easy, thanks to movies like Pretty Woman, but the city adopts the Spanish pronunciation of the word. Rodeo Drive isn’t the only one in town: there is a “Rə-ˈdā-ō Road,” too.

San Pedro: \San-ˈPā-drō\ or \San-ˈPē-drō\
This is a trick for those familiar with Spanish. The city’s pronounced San-ˈPē-drō. As a local in a KNX 1070 interview on the subject clarified, “it may be incorrect but that’s what we call it.”

Wilshire: \Wil-shər\ or \ˈWil-ˌshī-ər\
No, there is no Middle Earth connection to the crosstown street: it is surely pronounced Wil-shər.

Silver Lake or Silverlake
Many businesses in the area refer to it with just one word, but the neighborhood in fact has two. Need proof? Just look at the street signs.

Korea Town or Koreatown
Forget what you now know about Silver Lake: Koreatown is one word.

Michael Torena or Micheltorena
There is no such thing as Michael Torrena: the street is Micheltorena, and it’s pronounced Mitchell Torena.

West L.A. or the Westside
The answer defies logic. West L.A. is a neighborhood that is both east and west of the 405. Plan Check is in West L.A., but Santa Monica and Venice are not. When speaking about the most western area of the city, go with the Westside.