Home Uncategorized A Koreatown Man Has Lost His Drone 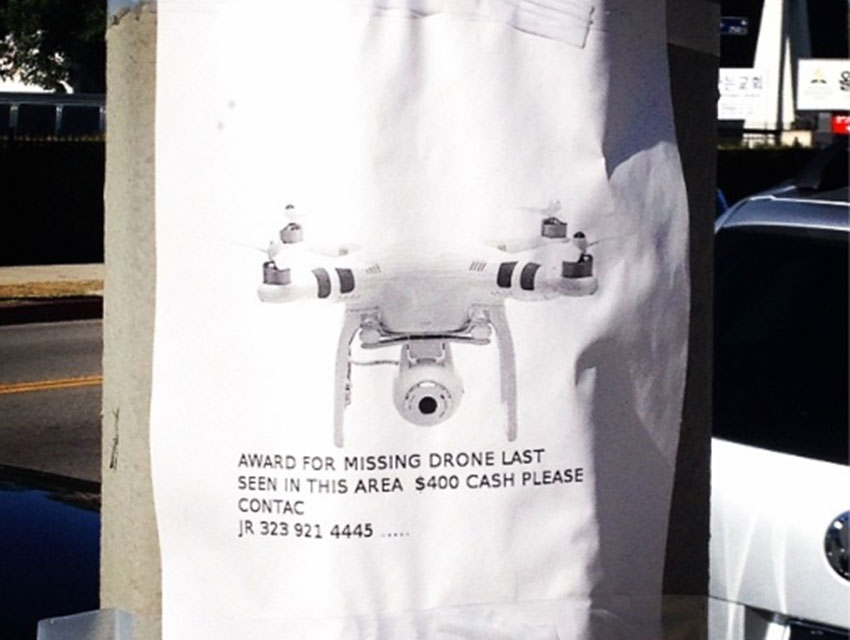 A DJ1 Vision 2 drone owned by JR Henry is missing. According to Henry, a 36-year-old Koreatown resident, it was last seen about a week-and-a-half ago hovering over West Adams and is probably “on someone’s roof or something.” You might want to take a look—Henry’s willing to cough up $400 as a reward. No word on if the drone has been micro-chipped or responds to its name.

Flying Cars Could Be a Reality Within the Decade. Will L.A. Be Ready?

Meghan Markle and Prince Harry Are Being Besieged by Drone Flybys