Home Uncategorized A Handshake Makes It Official: Edendale Grill Is The New It Spot... 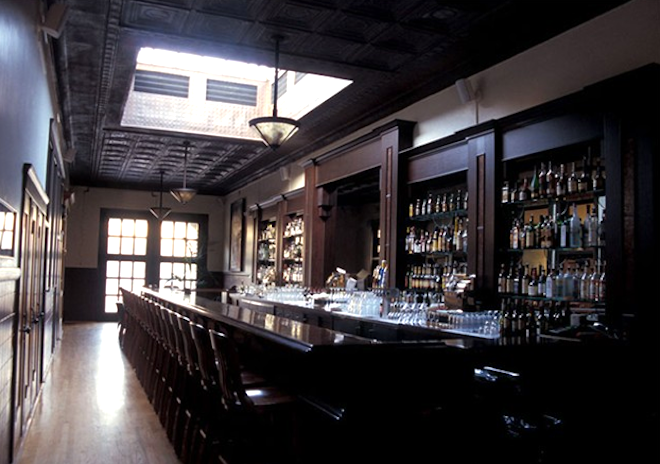 The past 24 hours may have tested Mayor Eric Garcetti’s negotiating skills, but they haven’t tested his appetite. The new mayor arranged a meeting and is said to have reached a deal with DWP union workers over a meal at Silver Lake’s dimly lit Edendale Grill—a spot that happens to be on Garcetti’s home turf. (The new mayor has yet to leave his Silver Lake pad for Getty House and may decide not to do so.)

Garcetti met with Local 18 (of the International Brotherhood of Electrical Workers) business manager Brian D’Arcy late on Wednesday. The two have been working together to reshape the financial future of the DWP, an issue that became a hot topic during the mayoral election and has only heated up in the past month. The Los Angeles city council recently held a public hearing regarding the DWP’s new employee contract and a town-hall meeting around the issue took place this week.

The deal Garcetti and D’Arcy brokered will reportedly save the city more than $4 billion in salaries over the next 30 years and another $1.8 thanks to pension reforms. It also includes changes to the department’s sick-leave policy and employee health care contributions. Though the union and city council have yet to weigh in, the news represents a huge step forward.

After rounds of negotiations, an agreement was bound to be reached—but we’re confident that Edendale Grill’s food has more than a little to do with it. While the mayor is remaining mum on what he had for dinner on Wednesday, Edendale says that Garcetti has a good appetite. Move over Cut, sounds like Edendale Grill is the new spot for power dining.