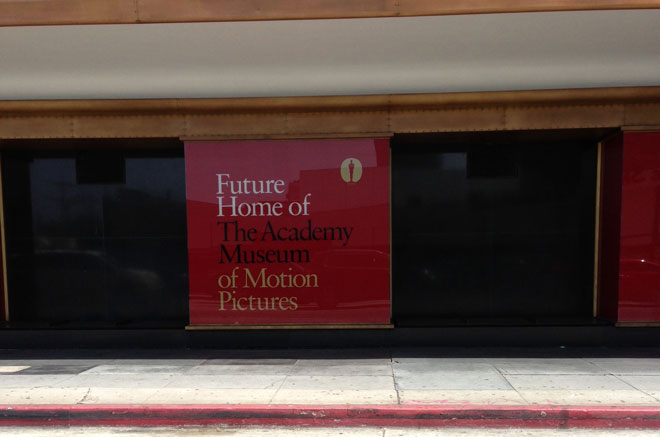 Five years after writer Steve Oney wrote about the Academy of Motion Picture Arts and Sciences’ early plans to open a museum in Los Angeles, The Academy Museum of Motion Pictures is one PR campaign closer to becoming a reality: large signs announcing its future presence at the corner of Wilshire and Fairfax boulevards—including one featuring a certain iconic pair of red shoes—went up over the weekend.

Thanks to David Geffen, the museum is also one big step closer to hitting its capital campaign goal of $300 million. The Academy today announced it received a “transformative” gift of $25 million from The David Geffen Foundation, the largest gift committed to the museum to date. In a statement, Geffen said he is excited “to be part of the creation of an iconic architectural space and cultural institution that will combine the best of the old and the new and provide a permanent public home for the academy’s rich tradition of honoring the shining stars of the cinematic arts.”

The Academy Museum Is Restoring This 1939 Mid-Wilshire Landmark