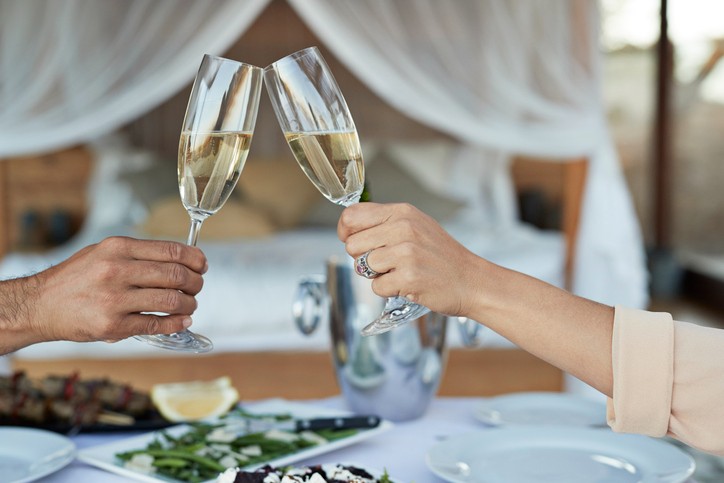 Tequila, crab legs, flat-screens, Plan B, and more. The sky was the limit for customers Thursday night when, for a fleeting, glorious moment, a glitch on DoorDash allowed them to order thousands of dollars worth of deliveries free of charge.

With word of DoorDash’s snafu rapidly shared across social media, customers used the online delivery platform to place absurd orders at local restaurants and other businesses, gratis. One facebook user posted a receipt totaling over $20,000 worth of seafood and another the box for a new TV set and 4 wireless controllers.

Comparatively reasonably, someone on Twitter shared an order for over 100 bottles of Tequila and another person revealed a stockpile of Plan B. Others showed bounties of more pedestrian fare like wings and fries, as well as glimpses into businesses overwhelmed by the influx of food and liquor orders.

doordash was all free cuz of a glitch and mfs went crazy LMAOO pic.twitter.com/GOrq4EHrvj

Ain’t gone be a wing left in Chicago with this DoorDash glitch going on 🤦🏾‍♂️🤦🏾‍♂️🤦🏾‍♂️ pic.twitter.com/ghqIyF2Ktj

A spokesperson for DoorDash confirmed the “payment processing issue” that allowed users to place orders without a payment method for a short period Thursday evening, reports the New York Post. Once notified, they said they resolved the issue and are now canceling orders and contacting affected businesses.

“We work to ensure that we are always offering the highest quality of service to the communities we serve,” the representative said. “And we sincerely apologize for any inconvenience caused by this.”

Though DoorDash’s next moves are unclear, some predict a harsh response, which would certainly include the imminent arrival of painful-but-predictable bills for those who took advantage of the vulnerable interface.

#Doordash tomorrow after they overdraft your accounts 😂😂! pic.twitter.com/qNPXNWnbAk

While DoorDash says it intends to compensate merchants for unauthorized orders, one dasher—perhaps not insignificantly—called out customers who did not use the opportunity to give out generous tips. Another user wrote, “So y’all got a Doordash glitch to where you can get anything you wanted for free and nobody thought to start tipping workers $1,000+ ??”

As a dasher, yall mfs get on my nerves. How yall gonna do the doordash glitch and still not tip?!?!?!? pic.twitter.com/6FNIWWDMmm

Because businesses and dashers experienced last night’s chaos firsthand, Twitter users poked fun at how overworked they were as they attempted to fulfill a nightmare load of orders.

Ultimately, many on social media were remiss that they missed out on the DoorDash glitch, and some are crossing their fingers that their favorite services will experience a lapse in payment processing next.

me watching all these people finesse doordash pic.twitter.com/u18BcINNwm

Chile I missed the DoorDash glitch😭😖 y’all better not let SHEIN get one cause it’s over💀 pic.twitter.com/5ePBBNAzZl

Want The Daily Brief sent to your inbox? Sign up for LAMag now!