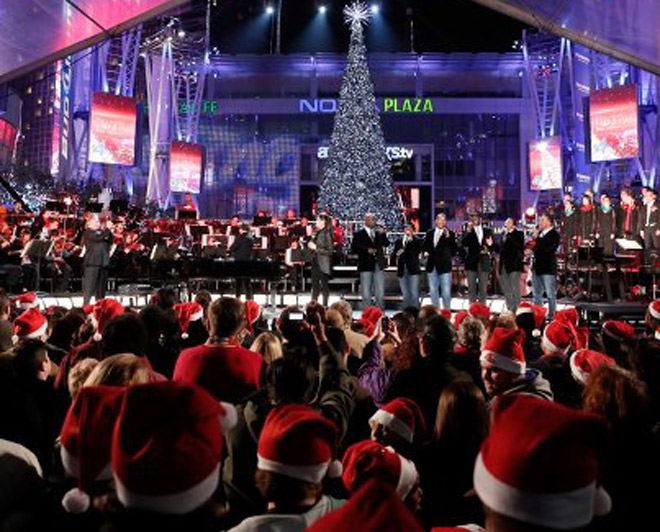 If corporations are people—we all know the Supreme Court says they are—what kind of people are they? It’s a question up for debate. On the side of good are four companies partnering with local non-profits to improve L.A. this holiday season:

Starbucks and Hillsides:
Starbucks stores all over Los Angeles are hosting in-store promotional bins and posters for Hillsides, a Pasadena-based foster care children’s charity, encouraging customers to donate holiday gifts for vulnerable children and families. Holiday gifts and toys can be delivered to Starbucks locations before December 25. It’s not exactly like putting cardboard bins in your living room and letting people come over for a cup of coffee, free Internet and gift giving—but it’s close.

Sherwin-Williams and The Hollywood Sign Trust:
Los Angeles wouldn’t be Los Angeles without holiday makeovers, and one of our most famous residents, The Hollywood Sign, is getting one this year. Sherwin-Williams donated an estimated 275 gallons of Emerald Exterior paint and 110 gallons of primer to The Hollywood Sign Trust, a non-profit organization dedicated to keeping the 90-year-old sign looking ever so young, If you look up towards the hills and things look brighter than usual this holiday season, mutter a small thanks to the paint supply company.

Anschutz Entertainment Group (AEG):
The world’s largest owner of sports teams, sporting events, and sports and entertainment venues, AEG does well, very well. Each December the company promotes the AEG Season of Giving at L.A. Live. This month-long charity expose’ works to improve the quality of life for people in Los Angeles by raising funds and awareness for charities, foundations and non-profit organizations in the L.A. area. Each night a different organization will be honored at LA Kings Holiday Ice at L.A. Live. That deserves a pat on the back.

Toyota Motor Sales and The Hispanic Scholarship Fund
Helping to move the Hispanic Scholarship Fund, the leading provider of college scholarships to Hispanics, across the country, into their new national headquarters in Los Angeles took some generous action from Toyota Motor Sales. Toyota held a private reception welcoming the organization to Southern California, and discounted the lease of the HSF’s new office space to defray an estimated $5 million in overhead costs over the next 10 years. Moving to a new place is worth the hassle when you’re thrown a party and have your rent knocked down significantly. Props to you, Toyota Motor Sales.