Home Animals A 25-Year History of Shark Encounters off the Coast of L.A. 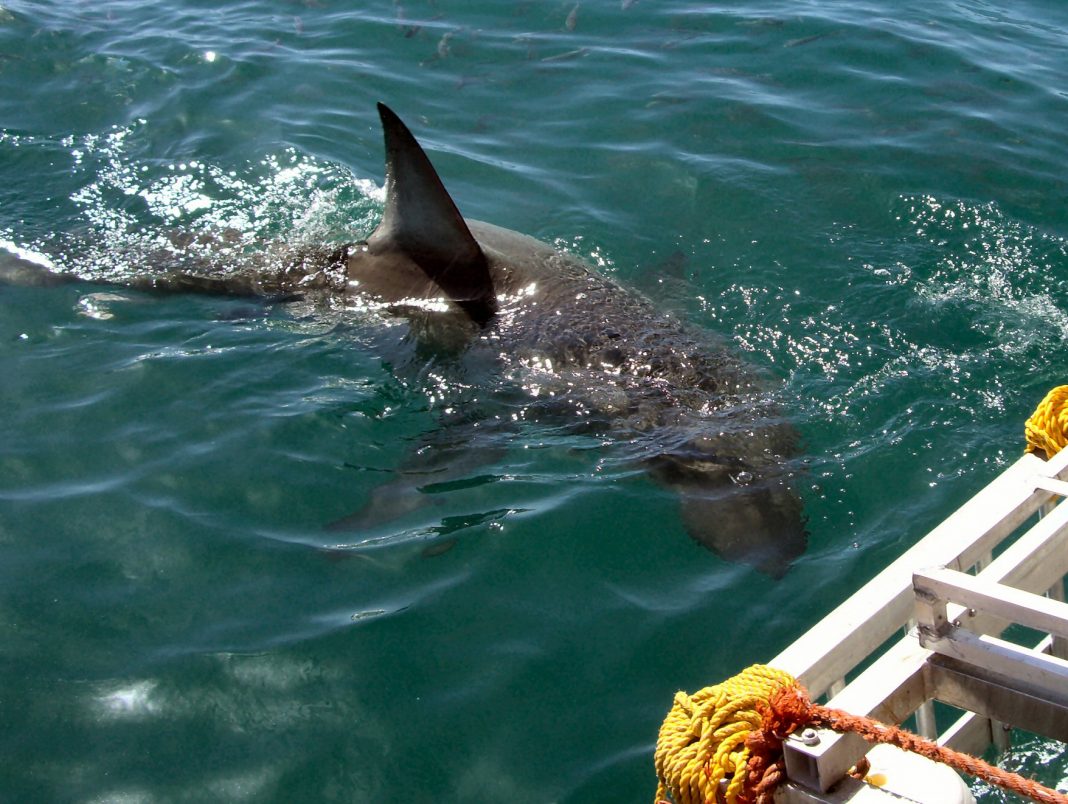 You could say there’s something in the water: Just a week after two miles of shoreline were closed when a seven-foot-long baby great white bumped up against a morning surfer off the coast of Huntington beach, a the J-Bay Open surf competition halfway around the globe was interrupted by a shark encounter. Contestant Mick Fanning’s battle with a great white ended well for him, but it reawakened all our old ocean phobias. The advent of Sharknado week on Syfy hasn’t made us feel any better.

The reality of shark attacks is not so scary. “We should have a healthy respect for the ocean, but sharks are at the bottom of the list of threats when entering the ocean,” says Sarah Sikich, vice president of Santa Monica-based environmental advocacy group Heal the Bay.

In fact, according to a Stanford-led study, shark attacks in California are now 90 percent less likely than they were in the 1950s, and ocean-goers are 1,817 times more likely to drown than die from a shark attack. (Okay, so that’s terrifying, but not because of sharks.)

So the chances of meeting a shark during your ocean dip are slim. Want further proof? Here’s a complete list of the shark encounters that have occurred off the coast of Los Angeles since 1990. None of the eight were fatal.

July 10, 2015 | Huntington Beach
A young great white shark bumps a surfer, causing a dent in his board, a beach closure, and lots of disappointment for those out to enjoy the waves.

July 5, 2014 | Manhattan Beach
A fisherman’s angler hooks and agitates a great white, which swims away but later bites a long-distance swimmer’s torso.

July 31, 2012 | Topanga Beach
A shark strikes a surfer’s board, knocking him into the water.

October 7, 2007 | Venice Beach
A surfer paddling near the Venice Pier receives four scratches in a semicircular pattern on his hand. He reports having seen a brownish shape in the water.

September 30, 2007 | Santa Monica Beach
Three sharks follow a group of surfers into shallow water. One surfer feels something hit his foot and finds a puncture wound in his foot when he gets to shore.

July 22, 2007 | Corral State Beach
A little over a mile offshore, an aggressive, 12-foot-long shark repeatedly bumps the board of a man competing in the Tommy Zahn Paddleboard Race.

June 30, 2007 | Will Rogers State Beach
A shark bites and tugs at a woman’s hand while she is swimming. The woman loses a silver ring but retains all her fingers.

July 29, 2006 | Broad Beach
What appears to be a large mako shark rams into a man on a boogie board. The man is paralyzed, and is dragged to shore by his son. He suffers a laceration to his head, a broken neck, and a spinal cord injury.

October 1, 2004 | Huntington Beach
A surfer paddling toward a wave sees a school of bait fish leap out of the water ahead of him. Shortly afterward, a shark bumps his board, and he hurriedly paddles in to shore.