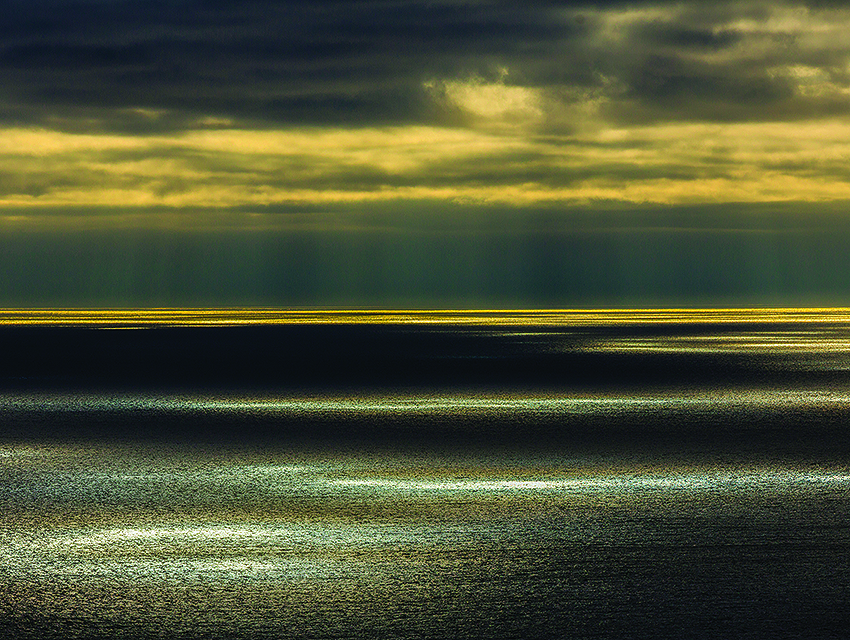 You’re the queen of rituals,” a friend of mine declares. I don’t argue with her. I love rituals. Not just the religious variety but the ones of everyday life. I have been accused of turning the slicing of a pear into a ceremonial activity.

I wake up two hours early so I can perform my morning rites. As I enter the kitchen and turn on the light, my image is reflected in the window over the sink, where outside it’s still dark. I pour myself one cup of coffee and sit down at the table. That’s it. No headline check. No e-mails. Just my steaming green mug on the place mat. The chair in which I sit looks out on a vine-covered wall. The branches of my neighbor’s oleander tree hang over it. A planter brimming with scarlet impatiens starts to emerge from the retreating night. I see it and yet I don’t. Registering what’s beyond the glass is not what this moment is about.

Slowly I allow the world in, from the exhibitionist sky of sunrise to the first sparrows. I prepare my breakfast. My actions are deliberate and precise—the measuring of the oatmeal, the timing of the cooking, the adding of the berries. When I set my bowl on the table, a crust, like a canvas, has formed on the top, punctuated by the explosive reds and blues of the fruit. I dig into a Pollock action painting, eating in silence. It’s only when I finish that I open the paper, check my e-mail, leaf through catalogs. Moments expand. Breakfast becomes an occasion. In the midst of my kitchen, I’ve found a sacred space, heightened, and at the same time it grounds me—to this home, this city, this life.

Out the door I don my L.A. ways. I take in the sensory shower of my local farmers’ market, lingering at the stalls for the sheer pleasure of it, whether I’m buying anything or not. If the thermometer dips below 70 degrees, I grab my down jacket and gloves, undeterred by my husband’s mocking. An ex-East Coaster like me, he refuses to admit to the Southern California chill and claims that any temperature above 32 degrees Fahrenheit cannot be classified as cold.

When we moved here from New York more than 30 years ago, I sought to replicate some of the practices I had created there, an impulse I think many of us who have relocated share. Often, having left family and friends behind, we “expats” hold onto our native identities of place, listening for echoes of remembered selves while we try to plant roots here.

Early on in my writing life, when I needed a break, I would amble down the sidewalks of Greenwich Village until I reached my favorite Italian café. Lost in thought, I would drink my coffee before returning to what awaited me on the page. When I arrived in Los Angeles, cultural eons before Starbucks and artisanal coffee, I searched for similar haunts to wander to, where the ambient hum of fellow drifters would welcome me. Scanning my neighborhood’s main street, I found a hardware store and a shoemaker. A market. Two gas stations. Nowhere to sit and stare into the middle distance. Finally I spied a chair toward the back of a lingerie store. After glancing idly at the camisoles and teddies, I nonchalantly made my way to the plush cushion. Tea biscuits were arranged on a dainty china dish. Maybe, just maybe, I thought to myself. With the chair mere inches away, a woman emerged from the fitting room in a filmy negligee. She looked at me. I looked at her. So ended my hunt for an interior sanctum.

It was then that my roaming routine began. At a loss for a set place to go, I started walking the streets of my neighborhood aimlessly. Around one corner, down this street, then the next. But in these walks to nowhere, I came to notice my surroundings.

Nature was like a literary concept for me as I was growing up in New York City. Dark and foreboding, it was the forest in Hansel and Gretel or Little Red Riding Hood. Its secrets held no allure. In L.A. I was suddenly thrust into a phantasmagorical natural world. Pulsating bursts of bougainvillea grew on the sides of houses and cliffs. Jade plants and coleus, species confined to pots in Manhattan apartments, fanned luxuriously around lawns. And then, unbidden, I happened upon the ocean. I was shocked. In my urban life the only people who could walk to the ocean lived far, far away. But here it was in all its vastness, somewhere I could gaze out forever with my thoughts. I had found my destination.

I gained comfort from this new sense of place, my feet landing more solidly on the ground. But in my growing attachment to this fresh routine, a vacancy—the yearning of all of us who leave loved ones behind—remained. I missed my family. Although my parents had regularly visited us, they were not a physical part of my adult life here. There were no landmarks or traditions that spoke of them.

When my father died, the news came in the call that ruptures the night. In the still moment of unbridgeable distance, the whirling enormity of the continent separating us swooped over me. Stunned at his death—he was a healthy man—I had a surreal feeling that I could hang up the phone and go back to sleep, pretending it hadn’t happened. There was nothing in my L.A. life to refute that he was no longer alive.

I had to anchor my father here after I returned from his funeral. Otherwise I feared my memories of him would become so elusive, they’d fade. But my mission confounded me. An inveterate New Yorker, my father was a man whose idea of natural beauty was the Manhattan skyline, not the Pacific vistas and endless stretch of mountains that I had come to embrace.

I turned to religious custom. I observed the Jewish mourning period of shloshim, unfamiliar to me until then. At the end of the traditional 30 days, I held a memorial service attended by friends at which I attempted to convey the exquisitely decent man my father had been and present a portrait worthy of him. In the following months, I constructed a series of family practices. On his birthday and Father’s Day I’d take my children to sites they’d gone to with their grandfather—See’s Candies and even Jack in the Box. All that was left was to find a spot of my own where I could locate him.

I did, at a seemingly unlikely location: the ocean, the one natural landscape to which he’d been drawn. A trip to Jones Beach was a seasonal pilgrimage for my family, my parents packing my siblings and me into the station wagon, my father’s eagerness carrying us aloft in the bumper-to-bumper traffic during the long, hot car ride. After herding us from the car and staking out our space on the densely packed strand, he would perform his own seaside ritual. Coming out of the water, he’d drop—soaking wet—onto the ground. On our towels my brothers and sisters and I would cringe at the thought of all the sand plastering his body. “What’re you making faces about?” he’d ask, then add his signature line. “I’m groveling.” He’d rest awhile, and like the mythical golem, he’d rise to his children’s shrieks of distaste at seeing the second skin of sand encrusting his body. There amid the rolling Atlantic and the summer sun, my dad, provider for seven, father of five, felt carefree. Now when I reach the beach and gaze out at my Pacific view, this is the image I hold of him.

What does it mean to call a place home? Is it where we were born? Where we raise our kids? The spot we choose to be buried? I’m not sure. Even after living here for three decades and change, there are moments when I feel like a stranger in a strange land. But then I remember I can find my father here. That maybe home is the place where our daily patterns are etched as deeply as prayers, that it’s only there a hallowed breakfast or a brazen sunrise can occur.

So I walk to the ocean each day, and in the restless, eternal waves, I’m home.